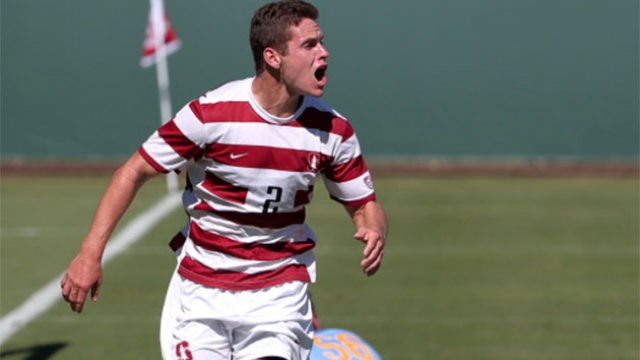 With another season coming to a close, many top players have graduated or moved on to professional careers, leaving countless teams looking toward their top returning performers to make an impact this upcoming year.

Before all the action begins, here are some of the names to know ahead of the season.

Ruiz finished last season leading the nation in goals with 22. He is entering his senior season as the program’s all-time leader in goals with 30. The Spaniard is also a perfect 9-for-9 on penalty kicks while playing for the Eagles. One highlight that cannot be forgotten from last season was when the forward tallied a hat trick against Rutgers. Ruiz was the quickest in NCAA history to score three goals in a single game. After an impressive junior year, it will be fun to see what’s in store for him this year.

It might be hard to top the 2016 season for Langsdorf, who helped the Cardinal win the national championship when Stanford defeated Wake Forest in the title game. Last season, the forward led the nation in game-winning goals with eight. Langsdorf finished with 15 goals, the most for a Cardinal player in 35 years. He shared the Pac-12 Player of the Year Award with Jose Hernandez of UCLA, who is currently playing in the MLS. With Langsdorf’s help, Stanford became the first back-to-back champions since Indiana in 2003-04.

Entering his junior season, Wild has drawn attention after his first season at Maryland. After transferring from USC Upstate, the Germany native made waves in the Big Ten, as he was picked to the conference’s first team. His 17 goals on the season were tied for second in the nation last year with Cameron Harr from Marist. Wild was also a MAC Hermann Trophy semifinalist and was honored as the Big Ten Offensive Player of the Year.

Stoneman, who transferred from Wisconsin, made quite an impact for his squad in his first season with the Ramblers. The Illinois native earned Second Team NSCAA All-American honors, which made him just the second in program history to do so. He tallied three game-winning goals for his team last season as well as earning MVC Defensive Player of the Week honors three times.

Lillard was part of a defensive unit that recorded a goals-against average of 0.70 and posted a Big Ten-best 11 shutouts on the year. Lillard was named to the MAC Herman Trophy watch list and finished the season with first-team All-Big Ten honors.

Kubel will look to make an impact for the Cardinals, providing senior leadership this season. The German earned NSCAA Second Team All-America honor and was a MAC Hermann Trophy semifinalist. He scored three goals and matched a school record with 11 assists while starting all 22 matches at right back for the Cardinals.

Hilliard-Arce was another key component to Stanford’s national championship team last season. The defender was a MAC Hermann Trophy semifinalist and was named the Pac-12 Defensive Player of the Year. In 22 games, Hilliard-Arce tallied four goals and two assists, while helping a Cardinal defense that allowed 14 games on the season.

College soccer fans saw a bevy of great performances from goalkeepers last year. Alec Ferrell of Wake Forest was among the class of the ACC when it came to the position. Lundgaard has a chance this year to shine in the conferece. Last season, he started in all 22 games for the Hokies last season, recording eight shutouts and 87 saves.

at how @Ben_Lundgaard performed this summer in N.Y.

A few weeks until he’s back with us for his senior season! #Hokies pic.twitter.com/v4t9rLhmZD