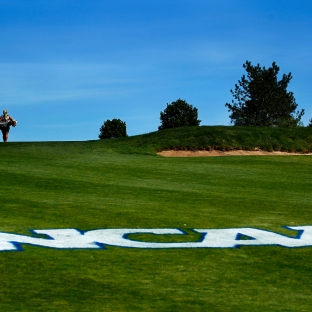 INDIANAPOLIS — The NCAA and Golf Channel jointly announced today a long-term extension for live coverage of the NCAA Division I Men’s and Women’s Golf Championships. The announcement was made by Joni Comstock, NCAA senior vice president of championships, and Mike McCarley, president, Golf, NBC Sports. This partnership encompasses all media rights, worldwide, for Golf Channel’s presentations of the national championships and extends through 2029.

“This is an important day for NCAA golf, our student-athletes, coaches and fans,” Comstock said. “The partnership with Golf Channel has resulted in live broadcast of several milestone moments in both the men’s and women’s championships over the last several years, and we anticipate more exciting moments in the years ahead. Providing access and a media platform that gives our golf student-athletes more visibility and news coverage shows unified support for the game. This also allows others the opportunity to see the outstanding play of our student-athletes who excel in the classroom and on the course.”

“There is an inherent passion to traditional college sports on television that we’ve seen translate incredibly well to the golf course,” McCarley said. “Our partnership with the NCAA has exceeded our expectations because each year the men’s and women’s national championships seem to produce some of the most exciting moments on the golf calendar. The coverage has not only helped elevate the collegiate game, but also introduced some of golf’s future stars to the sport’s broader audience.”

Here’s a listing of the upcoming championships host sites: