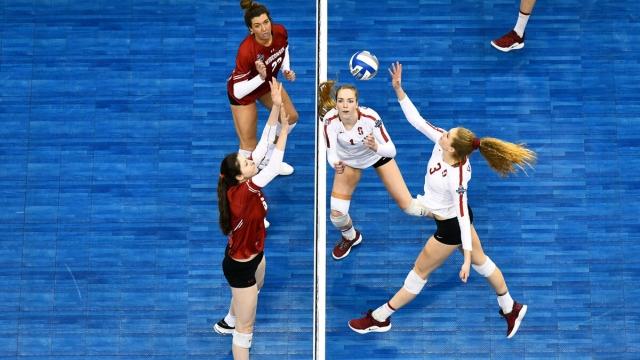 
On Wednesday, the Division I Council approved a package of proposals to move the 2020 fall championships to the spring of 2021. The recommendations now go to the Division I Board of Directors for approval.

“While no one wanted to see fall championships impacted by the pandemic, the Competition Oversight Committee put a thoughtful proposal in front of the Council which was resoundingly endorsed.  We believe we have an appropriate and considerate plan to move fall championship events to the spring, and I look forward to presenting this plan to the Board of Directors next week,” said Council chair M. Grace Calhoun, athletics director at Pennsylvania. “The plan gives maximum opportunities to fall student-athletes to participate in NCAA championships, while preserving access to conferences through automatic qualifications.”

In team sports, the brackets will be filled at 75 percent of their normal capacities.

The oversight committee may need to revisit this topic if conditions warrant nearer the time the playing and practice seasons for these sports begin, but for now, the committee supports providing maximum flexibility for selection purposes.

The NCAA Board of Governors has directed that all sites of each championship be predetermined and that the number of preliminary-round sites be reduced to support health and safety and operational management of the championships this spring.

All sites are to be determined.

The Division I Competition Oversight Committee will continue to evaluate the issue.

For now, 255 runners from each gender will compete at the cross country finals site.

Regular-season competition could be conducted Jan. 30-March 6, with championships selections on March 7.

The semifinals and finals are scheduled for May 7-9. The championship bracket will consist of 12 teams: 10 automatic qualifiers and two at-large selections.

Normally, the bracket size for the championship is 16 teams.

Action at the finals site for the Men’s College Cup is May 13-17. The bracket will consist of 36 teams, with 24 automatic qualifiers and 12 at-large selections.

The normal bracket size for the sport is 48, with four teams advancing to the finals site.

Regular-season competition can be played Feb. 3-April 24, with selections on April 25.

Action at the finals site for the Women’s College Cup is May 13-17. The bracket will consist of 48 teams, with 31 automatic qualifiers and 17 at-large selections.

Normally, the bracket size for the women’s soccer championship is 64 teams, with four teams advancing to the finals site.

Regular-season competition can be played Feb. 3-April 24, with selections on April 25.

The finals site of the championship is scheduled for April 23-25, with a 48-team bracket. Thirty-two of the teams will be automatic qualifiers, with 16 at-large selections.

The normal bracket size for the championship is 64 teams.

Regular-season play will span from Jan. 22-April 10, with selections April 11.

The finals site is scheduled for March 20-21, with a six-team bracket. All six teams will be automatic qualifiers.

Normally, the championship has seven teams and includes a play-in round.

Regular-season play will be conducted Jan. 16-March 13, with selections March 14.