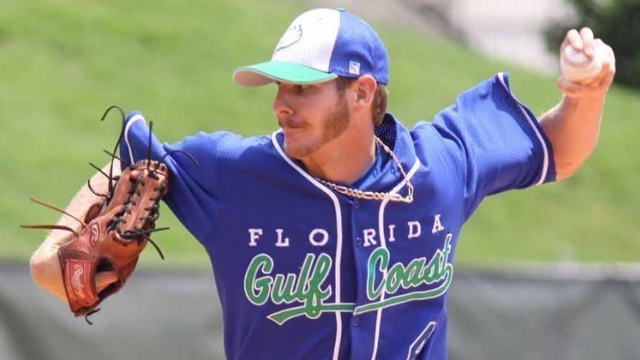 The stars will be out in full force for the 2017 MLB All-Star Game, and more than two dozen of them will have collegiate ties.

Twenty-seven former college baseball players will represent 26 different NCAA universities for the 88th edition of the Mid-Summer Classic Tuesday night in Miami. From the first-timers to the familiar faces, here’s a look at all of the alumni who will be in attendance:


The SEC leads the field with six different representatives while the ACC follows close behind with five. The Big West (three), Pac-12 (two), Mountain West (two), Atlantic Sun (two) and Sun Belt (two) round out the conferences with multiple All-Stars, having two each. Minnesota Twins closer Brandon Kintzler is the lone former Division II student-athlete heading to Miami.

Cal State Fullerton stands as the only program with multiple representatives this year, thanks to Justin Turner’s win in the National League Final Vote.

Now let’s take a closer look at a handful of notable collegiate careers from both league representatives:

The 6-foot-7 Yankees rookie Aaron Judge could’ve pursued a football career as a tight end, drawing interest in high school from powerhouses like Notre Dame. But instead, the 24-year-old rightfielder opted for baseball at Fresno State. Judge finished with a .345 batting average and 18 home runs in a three-year run from 2011-13 where the Bulldogs qualified for the NCAA tournament twice. He started showing off his extraordinary power his sophomore year when he won the 2012 College Home Run Derby and followed that exhibition with 12 homers in his final year in Fresno.

Judge put on a show en route to winning Monday’s 2017 MLB Home Run Derby. Tuesday will now mark the rookie’s All-Star Game debut, as he’ll start in right field and bat third for the American League. Judge leads the majors with 30 home runs this year and ranks fifth in batting average (.329) and seventh in RBIs (66).

Lanky lefty Chris Sale has built quite a career for someone who had just one Division I scholarship on the table back in 2007. Sale has now been selected to six straight All-Star games, including his first in a Red Sox uniform in 2017. As an FGCU Eagle from 2008-10, Sale was 20-4 and boasted an unblemished 11-0 record in his junior year. FGCU won three regular-season conference titles with Sale, although the Eagles failed to clinch an NCAA tournament berth.

In his first season in Boston, Sale is 11-4 with a 2.75 ERA and 178 strikeouts. He’ll make his second consecutive All-Star Game start this year, as announced at Monday’s coaches press conference.

Two-time All-Star Dallas Keuchel led the Razorbacks all the way to the 2009 College World Series semifinals with two wins in Omaha. His final numbers with Arkansas included 19 victories and a 4.56 ERA in 234.2 total innings from 2007-09. The southpaw became a full-time starter in his final season in Fayettesville and thrived with a career-high nine wins and 3.92 ERA in that 2009 season.

Smoak was a first-team All-American in 2008.

Justin Smoak was a three-year starter for the Gamecocks (2006-08), a junior All-American and two-time All-SEC honoree. Smoak smoked 62 career home runs and 53 RBIs while leading South Carolina to three straight NCAA tournaments and two super regionals appearances. He posted an eye-popping .383/.505/.757 slash line with a collegiate career-high 23 home runs in his 2008 junior season, leading to a first round draft selection by the Texas Rangers.

In his eighth MLB season, Smoak is enjoying a career year with the Blue Jays. He’s already hit a career-high 23 homers at the midway point and has a chance at batting .300 for the first time in his tenure in the majors. His average currently stands at .294, which is 56 points higher than his previous season-high. He’ll appear in his first All-Star Game Tuesday night and will start at first base.

Long Beach State will have an All-Star representative for the 10th straight year, thanks to Jason Vargas’ first-ever selection in 2017. Vargas started his collegiate career at LSU and appeared in 13 games before transferring to Cypress College for his sophomore season and then to LBSU for his final junior year. Vargas was a steady two-way player for the Dirtbags, going 7-6 with a 4.14 ERA and 90 strikeouts on the mound while batting .354 in 209 at bats at the plate in 2004. LBSU made it to the NCAA tournament that year.

Vargas has moved around quite a bit in his 12-year MLB career but has found a home in Kansas City this year, leading the AL in wins (12) and ERA (2.62).

Paul Goldschmidt became the first former Texas State Bobcat to play in an MLB All-Star Game in 2013. Since then, he’s appeared in four more. The Diamondbacks first baseman shined at Texas State from 2007-09 with a .350 average and 36 home runs. As a full-time starter in his last two seasons, he averaged more than 17 home runs and 78 RBIs. In 2015, he was honored as the first-ever Bobcat to have his number retired by the program.

Goldschmidt is a five-time All-Star in seven MLB seasons and has hit over .300 in four of the last five seasons. At the break this year, he’s hitting .312 with 20 homers and 67 RBIs for the Diamondbacks, who currently hold down the No. 1 Wild Card spot.

One of LSU’s 2009 College World Series heroes, Rockies second baseman DJ LeMahieu will play in his second career All-Star Game. LeMahieu batted .444 in Omaha back in 2009 to lead the Tigers to their sixth national title in program history. He ended his two-year stretch in Baton Rouge with a .344 average and 40 extra-base hits.

LeMahieu has transformed from an early-career utility option to a star in Colorado, earning his second All-Star selection in three years. He also won the Gold Glove Award in 2014 and was last season’s NL batting champion (.348).

Daniel Murphy nearly batted .400 in his final season at Jacksonville to wrap up a stellar three-year run with the Dolphins. Jacksonville reached its third NCAA regionals in six years that season behind Murphy’s .398/.470/.534 slash line and 88 hits. Nursing a knee injury in the 2006 ASUN championship game, Murphy came off the bench and delivered a walk-off hit to send the Dolphins into the tournament.

Murphy was inducted into the ASUN Hall of Fame in 2016. As a Major Leaguer, Murphy earned his second consecutive All-Star selection in 2017 (third of his career). He’s one of five Nationals in Miami.

Giants backstop Buster Posey was an award season regular in 2008, taking home the Dick Howser Award, Golden Spikes Award and Johnny Bench Award as a Seminole. Posey was a Freshman All-American as a shortstop before moving behind the plate and earning back-to-back First-Team All-American honors. His junior numbers included a .436 batting average, 26 home runs, 93 RBIs and 57 walks.

This year will be Posey’s fifth All-Star Game and second-straight start. He’s the lone Giants representative.

Mizzou’s Max Scherzer will become just the fifth-ever pitcher to start an All-Star Game for both leagues when he toes the rubber to kick off Tuesday’s affair. At Missouri from 2004-06, Scherzer won 16 games and led the Tigers to their first-ever super regional (2006). His best year came as a sophomore in 2005 when he went 9-4 and broke the program record for single-season strikeouts (131). He threw the first seven innings of a combined no-hitter against Texas Tech that year and was later named Big 12 Pitcher of the Year.

Scherzer has won two Cy Young Awards at the Major League level and is in the conversation again for this year’s honor. The Washington ace is 10-5 with an MLB-best 2.10 ERA.