When it comes to sports, Kenny Chesney is known for being a man of the people.

The country music star has worn paraphernalia for countless teams throughout his nationwide tours. SB Nation even went so far as to chronicle the 36 teams Chesney has professed allegiance to.

One team not on that list? The Michigan Wolverines, who actually may be some of Chesney’s biggest fans.

According to ESPN.com, after a series loss to Big Ten foe Nebraska to end the regular season, the Wolverines baseball team caught a Chesney concert in Lincoln — part of his “Songs of the Saints” tour.

Since then, Michigan has gone 10-4, upset No. 1-ranked UCLA in the NCAA tournament Super Regional, and reached its first College World Series since 1984.

Back in Nebraska — Omaha this time — the Wolverines beat Texas Tech 5-3 and Florida State 2-0 to become the only team in the 2019 CWS field to start 2-0. Their next matchup is Friday, Jun 21 against either TTU or FSU. 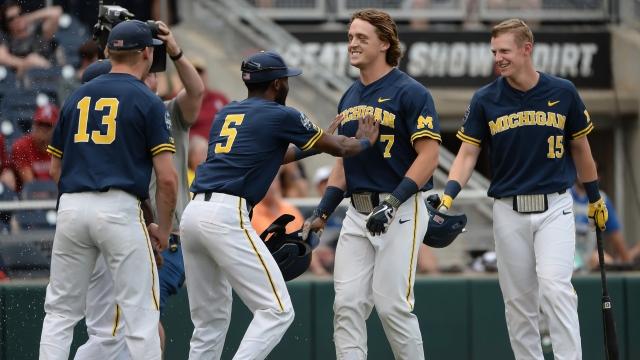 And through all of that streak, the team has blasted Chesney at every opportunity.

A win Friday would send Michigan to the CWS Finals, which they haven’t been in since 1962, when they beat Santa Clara for the program’s second national title.

CWS RECORDS: 9 unbreakable ones | 1 eye-popper from each team | 10 notable for the stat geek

Will the tale of Michigan’s fandom make its way back to Chesney, adding one more team to his list of favorites? Only time will tell. But if the Wolverines do bring the hardware home, you can make a pretty educated guess as to what the soundtrack will be for the ride back to Ann Arbor.

“Kenny’s our savior on this team,” Brewer told the Detroit Free Press. “That’s what we say.” 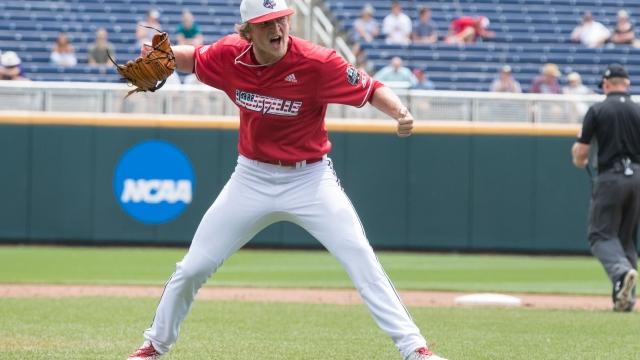 Here’s everything Dan McDonnell, Tyler Fitzgerald, Drew Campbell and Adam Elliott had to say after Louisville’s win over Auburn. Jake Mangum set the SEC all-time hit record Saturday, April 27 with his 353 career base hit. He continues to add to his total heading to Omaha for the 2019 College World Series. 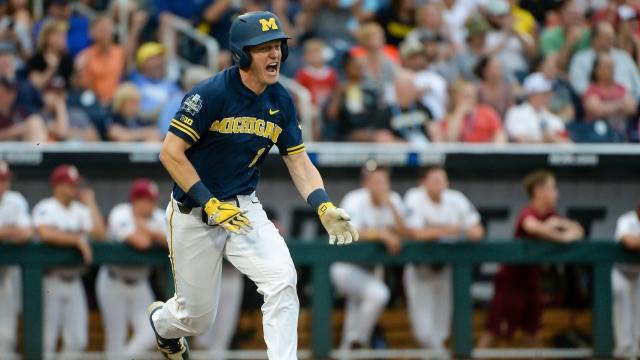 A year ago, Jimmy Kerr finished a tough junior season as Michigan was bounced from the Big Ten tournament. Now, Kerr is living up to his family name and making noise for the Wolverines in the College World Series.