One personal foul within the penalty box in overtime gave Zarris Aristotle free range for the game-winning shot. And he made it, becoming Wake Forest’s hero in a 3-2 victory over Clemson. The decisive penalty kick gave No. 4 Clemson (8-1, 2-1) its first loss of the season and kept No. 7 Wake Forest (8-1, 3-0) undefeated in ACC play.

Kimarni Smith’s goal at the 41st minute issued Clemson a 1-0 lead heading into halftime. The Demon Deacons responded within the first four minutes of the second half with Machop Chol’s equalizer. Aggressive play ensued on both ends until Clemson’s Oskar Agren scored in the 62nd minute to give the Tigers a 2-1 lead.

The Demon Deacons were never out of it, and neither would they be stopped when faced with adversity. In the final six minutes of the match, Justin McMaster placed a near-post shot right in the net to force the match into overtime, setting the stage for Aristotle’s game-winner.

Wake Forest gets the equalizer! McMaster with a near-post finish off the Chol cross and we’re square at 2-2!

Clemson looks to rebound on Tuesday at 7 p.m. ET when it takes on Charleston, and Wake Forest continues its ACC stretch with Boston College on Friday at 7 p.m. ET.

SHOCKING: 3 teams that could make a College Cup run from outside a major conference 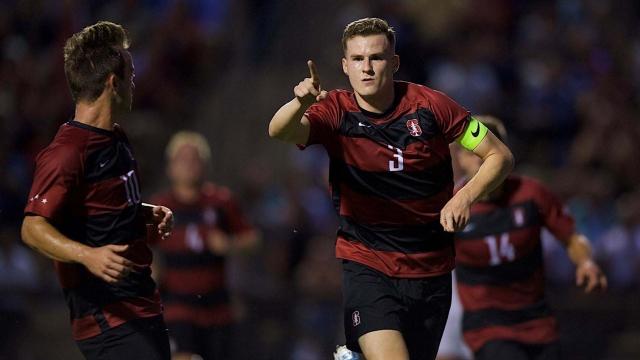 After three weeks of Wake Forest at the top, Stanford claimed the No. 1 ranking in the latest men’s United Soccer Coaches poll. 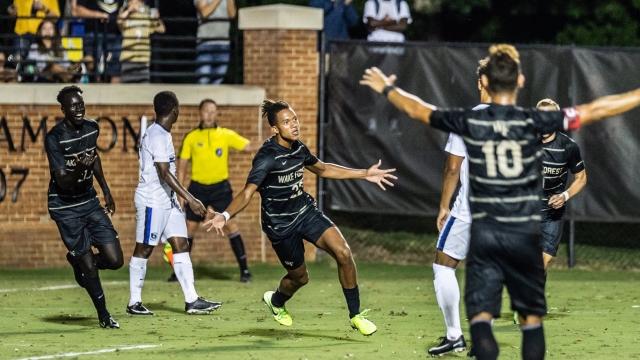 Defending champion and top-ranked Maryland was one of three top-10 teams to lose on opening weekend, vaulting Wake Forest to No. 1 in the newest United Soccer Coaches poll.

Maryland vs. Virginia, Michigan State vs. Akron and UCF vs. Wake Forest headline our list of games that you can’t miss in the 2019 men’s college soccer season.

Share. Twitter Facebook Google+ Pinterest LinkedIn Tumblr Email
Previous ArticleWisconsin-Eau Claire knocks off No. 6 St. Thomas in DIII thriller
Next Article Week 5 brings an upset by Oklahoma State and a close call with Clemson in this week's 5th down