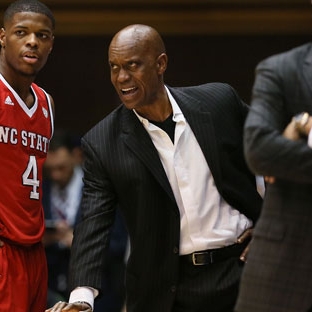 Men's basketball: Can Butch Pierre be the 'fixer' the Memphis Tigers need?

People told Butch Pierre that the train tracks separating the middle of campus at University of Memphis would be a distraction. The noise of freight trains might bother him, and the wait to cross over to the other side seemed endless when entertaining a recruit.

But Pierre, who took over as director of player personnel for the Tigers’ men’s basketball program last month, has made a career in basketball out of being a self-described “fixer,” turning negatives into positives. He figured conquering those train tracks should be one of his first missions at this new job.

So recently, he decided to look up all the major businesses based in Memphis and determined there were at least 16 with offices or headquarters right here in the area. As a result, the first time he got stuck by those tracks with a prospect’s family, watching the rail cars whiz by, Pierre had a recruiting pitch ready.

“Caterpillar must have one of those big engines on there,” he said, referencing the heavy machinery company with roots in Memphis. “We got all these major corporations running right through town. That’s the reason that train is coming through here.”

Pierre’s role within the program is the most intriguing change coach Tubby Smith made to his staff entering his second season at Memphis.

Pierre, 54, officially took over the position vacated by Keelon Lawson when his sons, Dedric and K.J., elected to transfer to Kansas in April. But during a wide-ranging interview Thursday afternoon, it became clear Pierre will carry far more influence based on the credentials he arrived with after 30 years as an assistant coach.

Pierre is at Memphis to be a resource for the program’s recruiting efforts, which have been the topic of much discussion around town since Smith’s tenure began. On the surface, however, he will be overqualified and miscast in this non-coaching endeavor.

Pierre considers his forte to be recruiting and he helped shepherd six NBA lottery picks since 2000 at LSU, Oklahoma State and North Carolina State. But at Memphis, he can’t recruit off campus. Nor can he contact coaches or potential prospects over the phone regarding recruiting matters. He is a hands-on coach who also won’t be able to provide any on-court coaching, according to NCAA rules.

And yet Pierre chose to come here, despite the advice of colleagues who told him to accept one of the offers he had to continue on as an assistant coach elsewhere. He had known Smith for years and once the two sat down and discussed the position, Pierre felt this “was a special situation. All he had to say was come.”

It helped that Pierre and his wife had one son beginning his second year as a graduate assistant at Middle Tennessee State and another son starting his first season as Arkansas State’s director of basketball operations. They also have a daughter pursuing a PhD at LSU.

Join us in welcoming coach Butch Pierre to our family! https://t.co/hnsx8rJbOV

Pierre was also due $410,000 from North Carolina State because he had another year remaining on his contract after former coach Mark Gottfried’s firing following last season. North Carolina State must pay the difference between his current salary at Memphis and the money he is owed.

“I’m just (as) excited coming to work and being around this staff and Coach Smith as any time … in my career,” said Pierre, who spent just one season as the assistant head coach at North Carolina State. “For some reason, I’m doing something different and maybe it’s not what I’m accustomed to doing to my strengths, but I don’t think that way. I’m not a self promoter. My ego doesn’t get in the way about my position. Working here with (Smith), seeing how he operates day-to-day and listening to him and talking, that’s priceless.

Pierre is being counted on to offer insight to the existing staff, particularly as it pertains to coordinating the effort to land top-flight talent. Though Memphis secured the top 2017 recruiting class in the American Athletic Conference, according to 247 Sports, freshman guard Jamal Johnson was the first top-150 prospect Smith signed in six years.

In Memphis, though, Pierre said he sees a place with all the necessary ingredients to lure high-end recruits. He cites tradition, facilities and resources and a city that consistently produces talent and loves its college basketball team.

His imprint can already be heard in staff meetings, such as the one Thursday morning in which he reiterated the importance of getting to know every detail about the best recruits as early as possible in order to beat out the blue bloods in the end.

Perhaps most importantly, though, he is also a new voice for Smith to confide in, one that comes with the perspective of having never worked under him before. Pierre said, for instance, Smith recently confided that the locker room turmoil and post-season exodus “he went through last year, he’s never been through.”

But Pierre reminded Smith he could turn that negative into a positive, that maybe “it’s going to bring out the best in you.” This, after all, is how he’s embracing his own unusual circumstances, from that short-lived stint in Raleigh, N.C., to his new position.

He is, at least for now, an ace recruiter who can’t officially recruit anymore. Last month, for the first time in 30 years, Pierre sat shackled on campus as every assistant coach went on the road for college basketball’s July live recruiting period. It felt, he said, like the end of a ritual.

Instead, he observed every Memphis offseason workout and weight training session. He built a relationship with point guard Jeremiah Martin, well aware the junior will need to lead this year’s team. He realized this job might be exactly what he needed.

This article is written by Mark Giannotto from Commercial Appeal and was legally licensed via the Tribune Content Agency through the NewsCred publisher network. Please direct all licensing questions to legal@newscred.com.