Meet the only undefeated team left in DI women's soccer

There is only one remaining undefeated women’s college soccer team left in the NCAA Division I: No. 4 BYU.

Top-ranked Virginia was the other remaining undefeated team, but the Cavaliers lost on a golden goal from North Carolina in the ACC title game on Sunday, Nov. 10.

How did BYU make it this far without a loss on its record? Let’s find out as we track BYU’s progress throughout this season.

BYU was on the brink of perfection until it traveled to Santa Clara on Oct. 5 and recorded its first tie of the season. The Cougars had to battle back after giving up a 2-0 deficit at the half, but thanks to goals from Ashton Brockbank and Cameron Tucker, they salvaged a 2-2 draw. It was something head coach Jennifer Rockwood said had to happen to make up for the defensive mistakes made in the first half

“The girls battled extremely hard and I thought we played very well,” Rockwood said after the match. “We were a bit unfortunate with a couple of defensive mistakes that led to their goals, but for the most part defensively we were very solid. I am just proud of the way we fought through.”

Although the Cougars have fallen short of perfection, a feat that hasn’t been accomplished since 2003 when North Carolina went 27-0-0 to finish the season as national champion without a loss or a tie, they have bounced back nicely.

BYU trounced the Saint Mary’s Gaels 8-0 at home on Friday, Oct. 18, and then beat Portland and San Diego. They got a scare at San Francisco, but Sarajayne Affleck scored an overtime winner.

BEST IN THE BIZ: 5 women’s soccer MAC Hermann Trophy contenders to keep an eye on

Virginia has made a home at No. 1 in the United Coaches Soccer rankings. This is the Cavaliers’ sixth straight week in the top position. Elsewhere, Arkansas keeps moving up and Brown joins the top 25 for the first time this year. 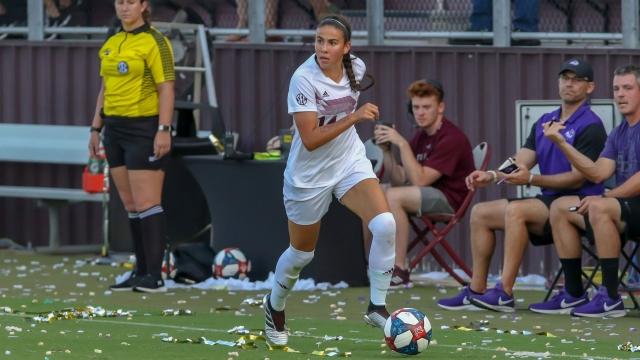 There are plenty of MAC Hermann contenders throughout women’s soccer, but keep an eye on these five as the regular season comes to an end. 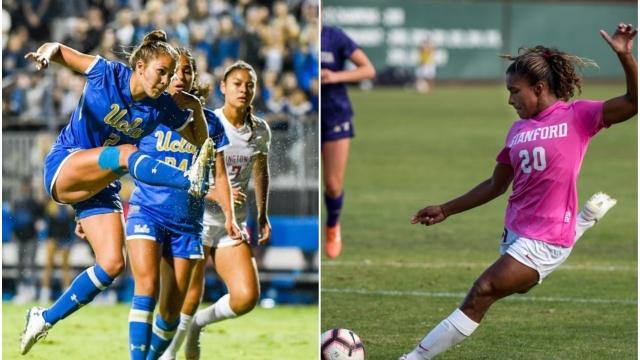 These are the 5 most compelling games to watch this week in women’s college soccer, including No. 1 Virginia vs. Notre Dame.