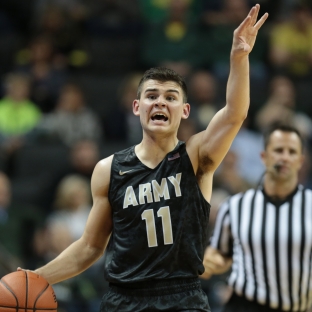 March Madness: Which teams have never made the NCAA tournament?

In the long history of the NCAA tournament, a field that has now grown to 68 teams, there are still a surprising number of programs waiting to participate in their first March Madness.

If you go back to the tournament’s inception in 1939, there have been 3,225 total spots available. Yet, of the 351 basketball teams currently in Division I, 43 have never made the NCAA tournament.


The tournament has grown from an initial eight teams, moving to 16 in 1951 and then growing steadily until 1985, when it reached its familiar format of 64.

Play-in games have made appearances throughout the years, but became a permanent fixture in 2001, when the total number of teams was bumped to 65. In 2011, the play-in was expanded to create the First Four, an opening round that helped fill out the Round of 64. Thus, since 2011, 68 teams have made the NCAA tournament every year.

Two teams have made the NCAA tournament but haven’t been part of the bracket as most of us know it. Houston Baptist made the preliminary round in 1984, when there were 53 teams in the tournament, but lost to Alcorn State. Alabama A&M won the SWAC in 2005, earning the school’s lone automatic bid, but fell to Oakland 79-69 in the tournament’s play-in game.

There is another small, but more impressive group included in this list — the four teams that have been eligible for every NCAA tournament but have failed to make it to one.

Last year, Northwestern gained plenty of attention as the Wildcats — previously one of the five original teams to never make the tournament — not only qualified for their first ever tournament, but actually picked up a win, and gave eventual runner-up Gonzaga a run for its money in the Round of 32.

The other four teams to have been eligible for every tournament and not been dancing once are Army, St. Francis (NY), William & Mary, and The Citadel.


But of course, the list of 43 isn’t made up of basketball’s blue bloods. You’ll find no Power 5 teams among the uninvited. For the most part, these aren’t teams that will find themselves ranked in the AP Top 25 and earn a spot in the NCAA tournament on their resumes alone.

But the 43 teams come from 17 different conferences, so in the best case realistic scenario for these teams, only 17 could break the curse in 2018.