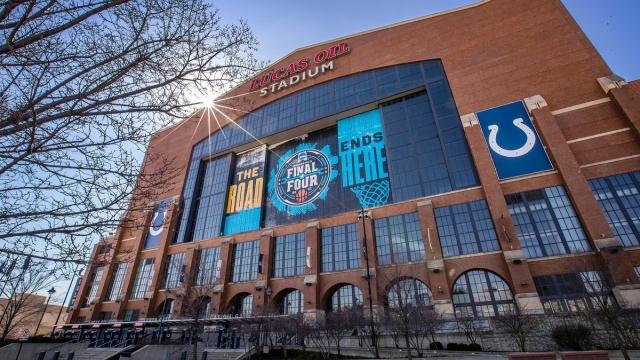 INDIANAPOLIS — The two courts that will be used at Lucas Oil Stadium throughout the 2021 NCAA Division I Men’s Basketball Championship have been named Unity and Equality, emphasizing awareness around inclusion and social justice issues.

The Unity court was named in recognition of the Student-Athlete Advisory Committee Unity Pledge, which was created by the three divisional national SAACs and the Board of Governors Student-Athlete Engagement Committee. Their collaboration created a national Unity Pledge and logo as symbolic gestures to continue generating stronger unity among the NCAA’s 1,100-plus schools and nearly 500,000 student-athletes. United as One branding will be used in venues, on the NCAA’s social media channels and in game programs, and the pledge will be read by Student-Athlete Advisory Committee members in videos that will be shown inside the arenas and on social media.

The Equality court honors student-athletes from across the country who have used their voices and actions to make a difference advocating for social and racial justice.

“While exploring ways to differentiate between two courts in a single venue, the Men’s Basketball Committee and staff wanted to bring added focus to issues important to the student-athletes, who will be playing their biggest games on courts named in recognition of their beliefs, would be a nice added touch to what will be a unique tournament,” said Dan Gavitt, the NCAA’s senior vice president of basketball.

The two courts featuring Unity and Equality branding will be used for first- and second-round and Elite Eight games, while the Final Four court will feature branding with both. Six venues in central Indiana are hosting the 2021 tournament, including Lucas Oil Stadium, Indiana Farmers Coliseum, Bankers Life Fieldhouse, Hinkle Fieldhouse, Mackey Arena in West Lafayette and Simon Skjodt Assembly Hall in Bloomington.

The First Four will be played Thursday, March 18, in Bloomington and West Lafayette, which will also host first-round games March 19-20, along with the four venues in Indianapolis. The remainder of the tournament will be in Indianapolis, continuing with second-round games March 21-22. The Sweet 16 games will be played March 27-28 at Hinkle Fieldhouse and Bankers Life Fieldhouse, and Lucas Oil Stadium will host the Elite Eight on March 29-30 and the Final Four on April 3 and 5.