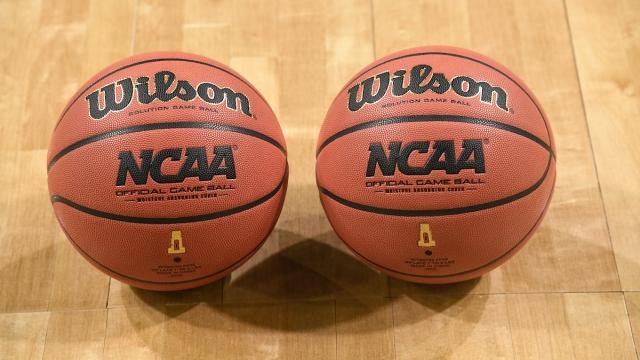 The NCAA Playing Rules Oversight Panel today approved allowing the transmission of live statistics to the bench area for coaching purposes in men’s basketball, beginning with the 2021-22 season.

Conferences have experimented with live stats for the past two seasons and received positive feedback.

The NCAA Men’s Basketball Rules Committee supported an experimental rule for the upcoming season to allow teams to view live video and preloaded video on their bench during conference games only should the conference submit a waiver request for the experimental rule.

If a conference chooses to use this experimental rule, it will be a conference’s decision as to the type of appropriate technology that may be used.

Teams would not be allowed to use the rule in nonconference games.

Teams competing in the 2021 National Invitation Tournament experimented with this expanded use of technology, and the rules committee received positive feedback.

The panel approved allowing shot clocks to have tenths of seconds be displayed next season. It would not be required, but schools could choose to use this optional rule.

During its meeting last month, the Men’s Basketball Rules Committee voted to recommend to the NIT board to use an experimental rule regarding foul structure during the 2022 NIT.

Players could be allowed a maximum of six fouls instead of the current five, in some scenarios, before being disqualified from a game. Under the experimental rule, any player called for four personal fouls in one half would be disqualified from playing the rest of the game.

For example, a player who picks up four fouls in the first half would have to sit out the rest of the game. If a player has one foul in the first half, the player would be disqualified after picking up four in the second half.

The rationale behind the experiment is to offer players a chance to remain on the court if they happen to be called for two fouls in the first half. Most college coaches limit their players’ time on the floor in this scenario. Committee members want to see how the change to the foul structure could impact the game.

The panel did not support a proposal that would have allowed officials to immediately assess a Class B technical foul to a player who faked being fouled.

The recommendation would have eliminated the warning officials must currently give before assessing a technical foul. This rule began being implemented before the 2019-20 season.

The panel would like for the Men’s Basketball Rules Committee to gather more feedback from coaches over the next year on this proposal.

The Men’s Basketball Rules Committee proposed the change because members think adding the technical foul component is the next step in hopes of eliminating this tactic from the game.

After receiving feedback from the membership, the Men’s Basketball Rules Committee rescinded a proposal regarding the structure of media timeouts.

Men’s college basketball games generally have media timeouts after play is whistled dead for the first time under the 16-, 12-, eight- and four-minute marks of each half.

The Men’s Basketball Rules Committee determined that this proposal should not move forward without further study of its potential impact on schools and conferences. The committee will continue to explore ways to improve the pace and flow of games.