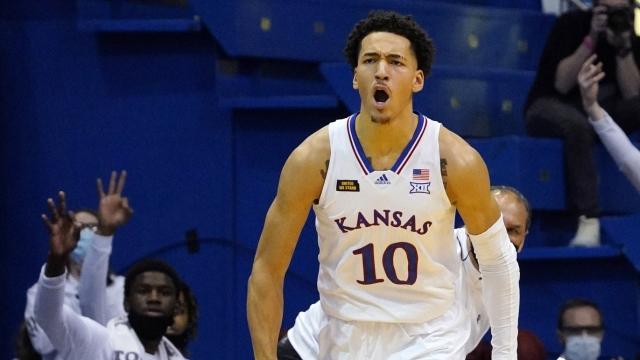 Andy Katz went 4-1 with his picks last week to bring his overall record to 64-36 this season. This week, Katz is back with a loaded slate of must-watch games.

You can read Katz’s picks below and listen to him make them on this week’s episode of the March Madness 365 podcast. This edition of March Madness 365 also features interviews with Big Ten Network’s Michael Decourcy, Wichita State’s Isaac Brown and Oklahoma State’s head coach Mike Boynton.

Ayo Dosunmu is making a late bid for national player of the year. Katz likes Dosunmu, Kofi Cockburn and the Illini to keep rolling.

Although Kansas is surging and Texas is struggling, Katz likes the Longhorns to turn things around and get the win at home.

Arkansas has been on a tear — the Razorbacks have won four straight and are now No. 2 in the SEC standings. Katz thinks they’ll continue their hot streak and grab the upset at home.

Since Baylor is coming off of a COVID pause Katz thinks they could struggle, but thinks Baylor is the overall better team and will find a way to get the job done at home.

Katz thinks if Iowa can get some of their players not named Luka Garza going they may have a shot, but he favors Michigan’s defense at home.

Katz favors Southern Cal and, according to him, the best player in the Pac-12 — USC’s Evan Mobley.

Katz thinks the Red Raiders need a win and likes them to get one at home.

Although North Carolina is looking for a key win to get off the tournament bubble, Katz like the Noles to continue rolling through the ACC.

Katz thinks the Razorbacks will keep rolling and grab their second win of the week.

Katz thinks Wisconsin won’t be able to handle the star power Illinois will put on the floor. Another win for Illini this week.

Katz likes Creighton to keep up the offensive intensity and beat Xavier. He thinks the Bluejays could challenge Villanova for the Big East crown.

In the last game picked before the best month of the year for college basketball fans, Katz goes with the Buckeyes. It’ll be a tough week for Iowa if Katz’s predictions are right, but that’s just life in an extremely crowded Big Ten conference this season.