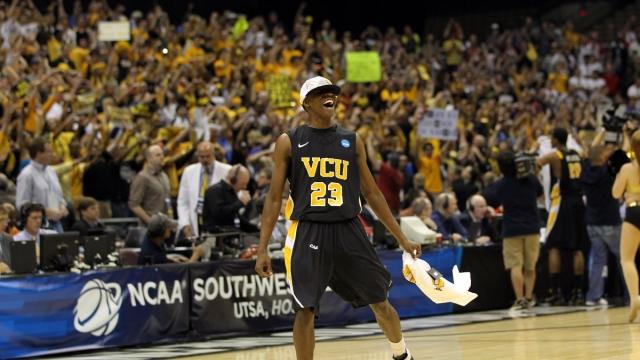 How First Four teams do in the NCAA tournament

Since 2011, the NCAA tournament welcomes 68 teams each year. But to get to 64, we first have to play the First Four. In those games, the last four automatic qualifiers and the last four at-large bids play.

Though these AQ teams, which are 16 seeds, have yet to win after the First Four, the at-large victors have had outsized success when it comes to their seeds once playing in the 64-team tournament. Don’t sleep on these teams in your bracket. In the first year, 2010-11 VCU went from No. 11 and playing USC in Dayton in the First Four to playing in the Final Four in Houston.

How at-large First Four teams do in the NCAA tournament

*Record is from only one team

Despite these at-large First Four winners having an average seed of 11.5, they have a higher winning percentage than No. 9 seeds in the NCAA tournament since 2011. Not bad considering the seed-line difference of 2.5, on average. To be fair, victorious No. 9 seeds are often required to play No. 1 seeds in the second round — with one notable exception: No. 16 seed UMBC in 2018.

Perhaps even more impressive, these at-large First Four winners aren’t far off from No. 8 seeds in winning percentage: 46.3 percent for No. 8 seeds with 43.8 for First Four victors.

So next time you fill out your bracket, don’t overlook the First Four teams.