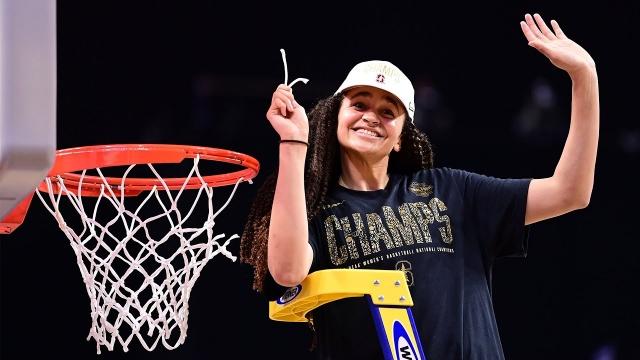 Stanford sophomore Haley Jones scored 17 points in the Cardinal’s 54-53 national championship game win over the Arizona Wildcats. Her final 3 points came at the biggest moment of the game, when she hit a basket while getting fouled and made the ensuing free throw, which became the winning point of the game.