After sustaining an injury in early 2021, Maycee Bell underwent ankle surgery in March, including a ligament replacement. With a recovery time around four months, that meant no spring season. No NCAA tournament. No chance to be on the field with her team to make a national title run.

However, Bell finished her recovery in half the time. 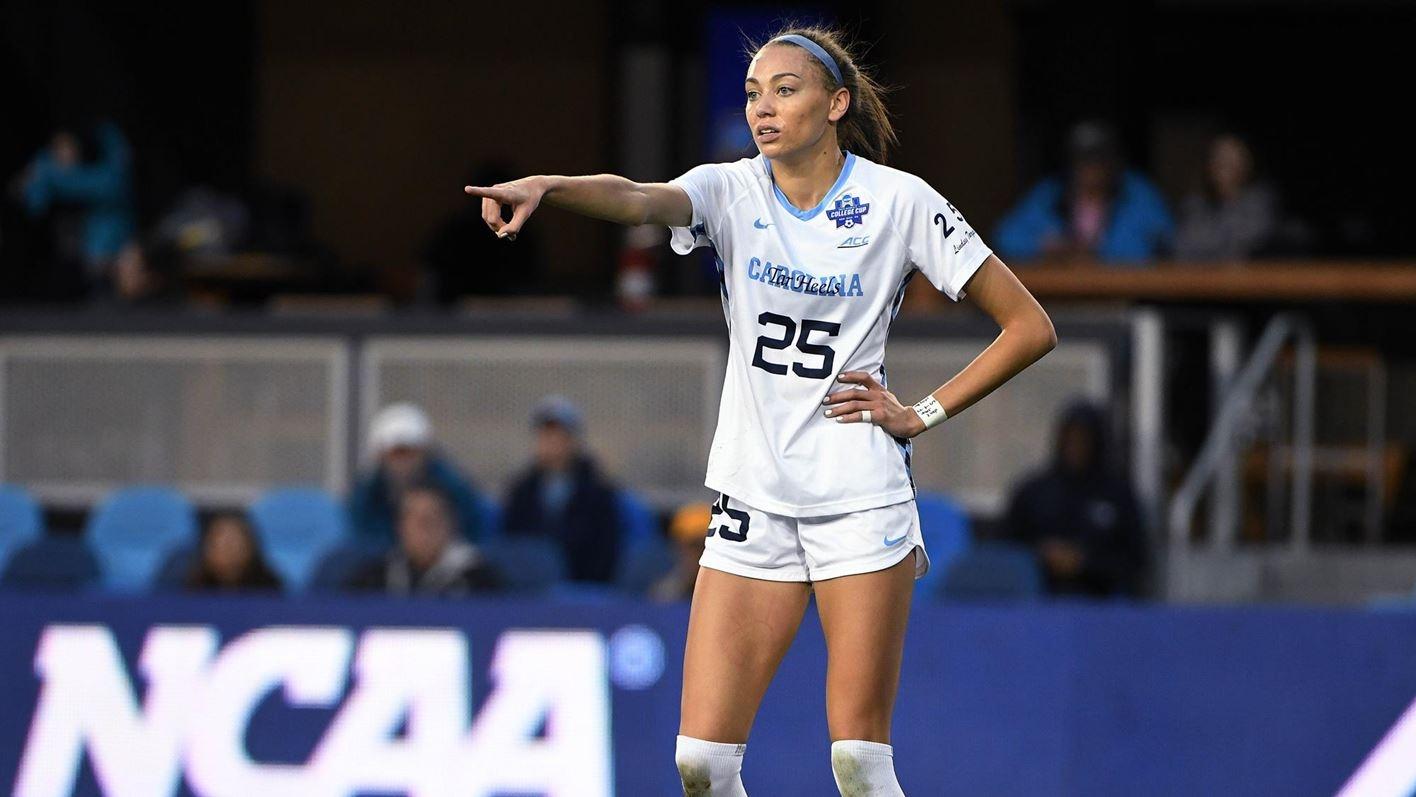 “It was supposed to be a four-month recovery,” Bell said. “I had initially planned to not play any of the spring season. But I really honed in on my rehab with Brandy, our athletic trainer. I went in every single day and ended up making a recovery in half the time, so I came back within two months.”

The 2019 ACC Freshman of the Year was well positioned to continue her major impact in 2020-21, coming off of a freshman season where she anchored the backline for the Tar Heels and even recorded two game-winning goals. She was tapped to the All-ACC Tournament Team and led the entire squad in minutes played. Bell closed out her freshman campaign as a pivotal part of the North Carolina team that finished runner-up in the national championship.

Recovering in a remarkable timeframe, Bell appeared in the quarterfinals of the 2021 NCAA tournament against Texas A&M. The following game, she made her first start of the season against eventual champion Santa Clara, who ended the Tar Heel’s tournament run.

“[Santa Clara] came out and they were better prepared, and they were the better team,” Bell said. “We have to go in to each game with the mentality that maybe soccer-wise, they may be better, but that we’re going to give 100% effort at all times.”

This season, Bell and the Tar Heels are off to a hot start. Though it is still early, North Carolina sits at 4-0 and has plenty of talent, especially with Bell fully recovered from last season’s injury.

However, the biggest challenge the Tar Heels have faced yet this season will come on Sunday, when No. 2 North Carolina meets No. 10 Stanford at Dorrance Field in Chapel Hill, NC.

Maycee Bell does, too.

The image above is of Katie Meyer, the goalkeeper that led the way for the Stanford Cardinal to defeat North Carolina in the 2019 national championship. Stanford won 5-4 in penalty kicks and Meyer recorded two saves in the shootout. This Sunday’s top-10 matchup will mark the first time these two teams have met since Stanford defeated North Carolina to win it all in 2019.

RELIVE THE MOMENT: Watch the full penalty shootout from the 2019 national championship

“It means a lot. We lost to them in the national championship two years ago, so it’s the rematch,” Bell said. “There’s a lot of emotion that goes into it because of that.”

There is plenty of reason to believe that North Carolina could beat Stanford on Sunday and once again be in the running for a national championship when the College Cup comes around in December. Although North Carolina is far from an underdog, a national title has alluded the Tar Heels for almost a decade now. However, Bell believes there is plenty be excited about with this year’s team, especially with the younger talent that has come aboard.

“We don’t have very many upperclassmen on the team right now,” she said. “But the few of us have stepped up and taken the team under our wing. The freshman that have come in have been amazing and have totally bought in.”

One of those freshman that has already made an impact is forward Emily Murphy, who is the point leader for North Carolina through the first four games of the season. Murphy has already scored two goals and made three assists. Freshman midfielder Emily Colton has also had a notable impact so far and scored a pair of goals and accrued five total points. Going forward, Bell believes that leadership from upperclassmen and capitalizing on freshman talent will be crucial.

“Our team chemistry is wonderful this year,” Bell said. “Better than any of the years that I have been here in the past.”

North Carolina fans can be hopeful about the potential this team has to end the title drought that has been in place since 2012, especially with one of the most elite defenders in the country in Maycee Bell ready to lead.