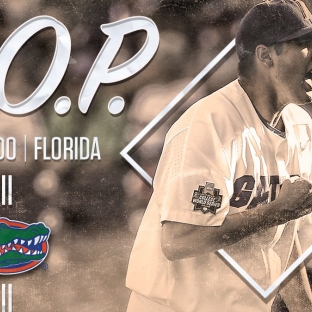 An 11-man all-Men’s College World Series team, including the Most Outstanding Player, is selected by the media.

The three outfielders do not have to play at different positions. The designated hitter may be someone who hit at that position throughout the MCWS or a deserving player at a position that already has an outstanding player.

The two pitchers selected may both be left or right handed, and starters, relievers or one of each.

The Most Outstanding Player must be a member of your 11-man all-MCWS team.