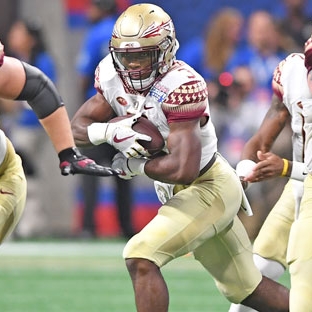 Florida State football: No. 12 Seminoles go back to work and prepare for long grind

TALLAHASSEE, Fla. — Florida State coach Jimbo Fisher is glad to get back to a normal game-week schedule after Hurricane Irma forced the 12th-ranked Seminoles to take two weeks off.

They are facing an upcoming stretch that is becoming quite familiar.

Starting with Saturday’s game against North Carolina State, the Seminoles will be playing at least 10 consecutive weeks. It marks the third time in the past four seasons Florida State has had stretches of playing nine straight weeks or more.

Florida State — which opened the season with a 24-7 loss to Alabama on Sept. 2 — was supposed to have its open date on Oct. 7. Instead, they will be facing No. 14 Miami after last weekend’s game was moved due to storm damage throughout the state.

RELATED: AP Top 25 by the numbers for Week 4 in college football | Poll

“It feels weird to know that other people are playing and you’re not playing. There’s no doubt about that,” Fisher said on Monday. “It was for a reason. It was a lot bigger than football.

“Now that we’re back in ball, maybe we can give some of those folks a few hours of pleasure when they get to watch us play, and sometimes that’s a good relief of coming back, that normality is coming back.”

In 2014, the Seminoles went unbeaten during a run where it played 11 straight weeks, including the Atlantic Coast Conference title game. A year later, they were 7-2 after the bye week came four weeks into the season.

Only three other Power Five conference teams besides Miami and Florida State are in action the final 10 weeks of the regular season — Arkansas, Maryland and Texas Tech. USC is playing all 12 regular season games before taking its bye the week before the Pac-12 championship game.

Fisher acknowledged there are drawbacks to playing a long stretch, including banged-up players not having a chance to rest. The benefits though are if a team gets hot, the last thing they want is to take a break.

Fisher’s biggest concern is he still doesn’t know what type of team he has, especially after quarterback Deondre Francois was lost for the season with a knee injury during the fourth quarter against Alabama. Freshman James Blackman has impressed coaches and teammates during practices, but when the Sept. 9 game against Louisiana-Monroe was cancelled, it didn’t give the Seminoles a chance to see how he fared in game situations before the start of league play.

“He’s gotten a lot of fast ball looks against good people,” said Fisher of Blackman. “We’ve thrown every blitz you can think of and he’s done a really nice job.”

North Carolina State coach Dave Doeren, whose team is 2-1 after a 49-16 win over Furman last Saturday, said that the Seminoles playing only one game and having a new quarterback makes preparations similar to a season opener.

“It wouldn’t be if Francois was the quarterback because you could rely on all last season’s film with him,” Doeren said. “You have to talk about all the what-ifs, which maybe in game four normally you wouldn’t have to do that.”

The last time FSU had a 21-day break during the regular season was 1983, when it faced Miami on Nov. 12 and then concluded the regular season on Dec. 3 at Florida. The Seminoles lost both games and are hoping that history does not repeat itself.

“The thing about it is we’ve played a good half and a bad half. Now we need to go play,” Fisher said. “I think we practiced well. I think we know what we’re doing, and we’ve just got to go play well.”