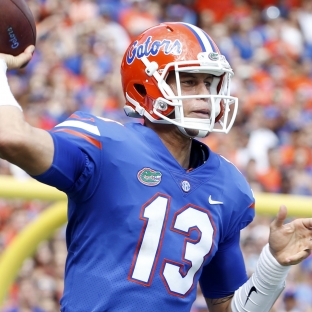 Florida football: Gators now own the FBS record for longest scoring streak ever at 366 games

With a 25-yard Eddy Pineiro field goal in the second quarter of Saturday’s game vs. LSU, No. 21 Florida set a new FBS record: They haven’t been shut out in 366 games.

That’s a lot of games!

The last time the Gators played a football game without scoring a single point — no safeties, no field goals, no touchdowns, nothing — was Oct. 29, 1988, when then-No. 9 Auburn took the Gators down 16-0 in Week 9 of the season. Florida, 5-3 after the loss, went on to win the All-American Bowl over Illinois that year.

Since that game — which was a staggering 10,751 days ago — Florida football has done plenty.

Here are just a few numbers:

In other words, it’s been a very long time since Florida failed to score a point in a football game.

The Gators trail LSU 10-3 at the half Saturday afternoon, but they trail no FBS team in avoiding shutouts.