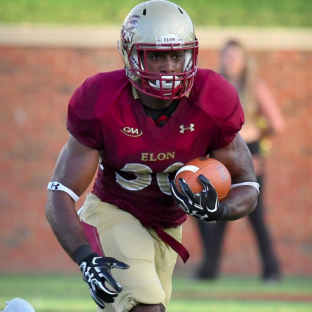 Week 5 in the FCS world was full of ranked matchups, and the high stakes did not disappoint. Where did each team land? What do this weeks’ results mean for the rest of the season? Here’s a roundup of everything you might have missed.

No. 10 South Dakota and No. 16 Western Illinois was a dogfight until the last snap. The Coyotes marched down the field and took a 7-0 lead on the opening possession. After stalled drive after stalled drive, Chris Streveler picked South Dakota’s offense back up for a 24-6 halftime lead. The game looked to be over with South Dakota up 38-6, but Sean McGuire and the Leatherneck offense had different ideas storming back to make it a 5-point game with 2 minutes remaining. A quick defensive stop gave Western Illinois the ball back with time to convert, but a Danny Rambo interception sealed the deal for the 10th ranked Coyotes.

Huge win tonight for our fans in the Ice Castle. We’re just getting started

In the first top-10 matchup at the Ice Castle in 20 years, the No. 5 Youngstown State fans were sent home happy. In a back-and-forth first half, the Penguins and Jackrabbits of No. 4 South Dakota State came out with firing offenses, scoring 21 points in the first 20 minutes.  However, both defenses answered the call and shut down the opposing offenses. Late in the third quarter, Youngstown State’s defense added a couple points to the board with a safety. Followed by a 15-play, nine-minute drive led by running back Tevin McCaster (183 yds., 1 TD) which was capped on a field goal from Zak Kennedy. A Penguin interception and another 15-play drive milked the final nine minutes handing YSU the W in a top-5 thriller.

3. Devlin Hodges and Samford bounce back in a big way

No. 23 Samford controlled the path to victory against No. 11 Citadel from opening snap Saturday. Samford jumped out to a 35-0 lead with contributions coming from across the board. Quarterback Devlin Hodges completed 81% of his passes totaling 323 yards and three touchdowns. Hodges scored his fourth touchdown on the ground. An additional touchdown came on a 10-yard scamper from Moise Satine. The Citadel tried making things interesting, scoring late in the first half and early in the second half to cut their deficit to three touchdowns; however, Samford’s defense keyed in and completed the bounce back upset.

After a pair of top-25 upsets, Elon still found themselves outside the rankings. The chip-on-the-shoulder mindset paid tribute to a third straight upset over No. 22 Albany. The turnover battle, 4-1 in favor of Elon, proved the difference in a game where neither offense scored a touchdown. Elon Kicker Owen Johnson converted on attempts from 23 and 27 yards to cap off a pair of drives and score the only points by either team. In a game where defense and special team wins ballgames, the Phoenix answered the call. Again.

No. 12 Central Arkansas took the lead early against No. 3 Sam Houston State on a 42-yard Tremon Smith interception return and never looked back. The Bears never trailed Saturday as their offense posted 41 points. Quarterback Hayden Hildebrand led the charge completing 13 passes for nearly 300 yards and 4 touchdowns. Sam Houston State’s Jeremiah Briscoe answered his calling posting 300 yards and 3 touchdowns himself; he was accompanied by Corey Avery, who averaged over 7 yards a carry and cut Central Arkansas’ lead to just 4 with 12-minutes to play. The upset was meant to be though as Hildebrand capitalized another drive and handed the 3rd ranked Bearkats their first lost on the year.