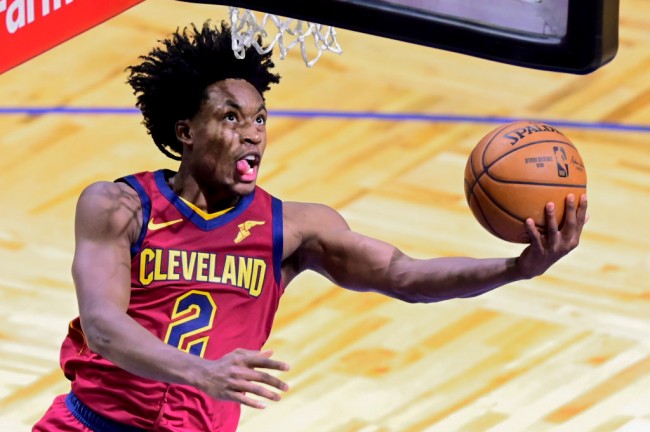 The NBA has many stars and rising rookies this year. While many remain unnoticed, our top 10 fantasy basketball ranking will feature the best sleepers this 2021. (Photo : Douglas P. DeFelice/Getty Images)

The spotlight is always on the biggest names in the NBA. But as the season moves forward, many players continue to evolve and adapt to the round-the-clock plays each year.

This fantasy basketball ranking will feature the ten best sleepers we should see in the NBA for 2021. Some have just found their groove, and some are rookies who have huge potential hidden in a closet.

Anunoby’s performance last season solidified his endless potential, mainly as a go-to defender for the Raptors. Now that the two main big men, Serge Ibaka and Marc Gasol, have parted ways with Toronto, Anunoby has a comfortable room to showcase his skills. So far, OG’s offense is improving while he averages 10.6 points per game for the first time in his career. The double-figure scoring could go far as the season moves forward. His worth in the fantasy basketball ranking should be watched closely.

Grant’s last season became his springboard in the fantasy draft following his all-around performance with the Denver Nuggets. This year, as the Pistons’ starting forward, he could discover some scoring options for a new exploration of his talent. Grant’s per-36-minute figures tell that the 26-year-old can spread on the floor and whack the ring with authority.

His numbers of 16.2 points, 4.7 markers, 1.7 dish, and a steal and block per 36 minutes will mean that his value can skyrocket in the future.

With Markel Fultz’s early-season exit due to injury, rookie Cole Anthony will have a lot of time to figure out his additional role on the team. If you are looking for a rookie to draft in your fantasy lineup, look for Cole and secure him for your team. Anthony and Fultz might work together as back-court, but in the meantime, the guard limelight will focus on Anthony. His presence on-court has a huge room for development, making him one of the best fantasy rookies.

Avdija was projected to be a top 5 pick in the 2020 draft, but that does not waive him to be a bum rookie of the class after ending up as the No. 9 overall pick. Avdija’s entrance to D.C. made him a versatile player who averages 7 points, 4 rebounds, and 2.2 assists per game.

The Wizards hit a steal in Deni, who looks to expand his fantasy rating.

Under Jim Boylen, White’s potential was never exposed to its fullest. He came off the bench, but White managed to score like a sixth man for the Bulls. He averaged 13.2 points per game, which speaks volumes compared to other benchwarmers. Now under head coach Billy Donovan, White is beginning to feel the starting role despite inconsistencies. It is expected that his value in fantasy basketball will go up, with his three-pointer and slashing as his bread-and-butter. Put White in your lineup in the mid-to-late rounds.

Haliburton is another rookie overshadowed by the early draft picks, so his popularity is not that firm. He is a steal for the Kings after being made as the No. 12 overall pick. Currently, he averages 12.1 points, 5.3 assists, and 2.7 rebounds per game. So far, Haliburton’s passing was lauded at 50 percent accuracy. He has the size as well at 6-foot-5 for a guard who can dish, rebound, and steal. Another thing to watch out for is the deadly triple that he regularly does. His value will be put to good use, with Buddy Hield and De’Aaron Fox, who will boost his team’s role.

Hornets became a noticeable team after Devonte’ Graham became the team’s leading scorer last season. The addition of Gordon Hayward and LaMelo Ball compromised his presence in Charlotte but, Rozier is slowly getting recognition.

In 2020, his season average was 18.0 ppg, 4.4 rpg, 4.1 APG, and 1.0 SPG. His fantasy presence might be underrated, with some of his teammates getting a chunk of his space. Keep him in your fantasy lineup, and he will do the magic.

Another Hornet on the list is PJ Washington, who made an impact in the recent games. Coach James Borrego said before that PJ would enjoy more minutes in the paint as a center and forward. During the bubble games, Washington recorded an average of 19.5 ppg and 5.5 RPG per-34.

His latest outing of 20 points moved him up with +3 in plus/minus rating. If you want a solid frontcourt, Washington is a must for your fantasy basketball team.

One of the most exciting players in Oklahoma right now is Bazley. With Danilo Gallinari now out of Oklahoma, Bazley can now stretch his maximum contribution to the team with SGA. Even though his rookie season was mediocre, he defied the fans’ expectations by averaging 18.6 points, 8.5 rebounds, and 1.0 blocks per game in the final four bubble games. Bazley only needs the proper minutes, and he will surely improve your draft with a lot of increasing value in the fantasy ranking.

Overtime Heroics described Sexton as the most underrated player in the NBA this year. A sleeper in the playbook, Sexton will guarantee you a heaven get-away on your fantasy basketball journey. Sexton rose to a star performance with his average of 30.0 ppg, 4.6 APG, and 1.6 SPG while maintaining 58.4 percent from the line. Who expected that Collin could make those numbers? No one in the majority. Regardless of what league you will play, Sexton is a sure-ball steal for your basketball league.

Roger Federer Withdraws From Australian Open, Eyes to Return After It