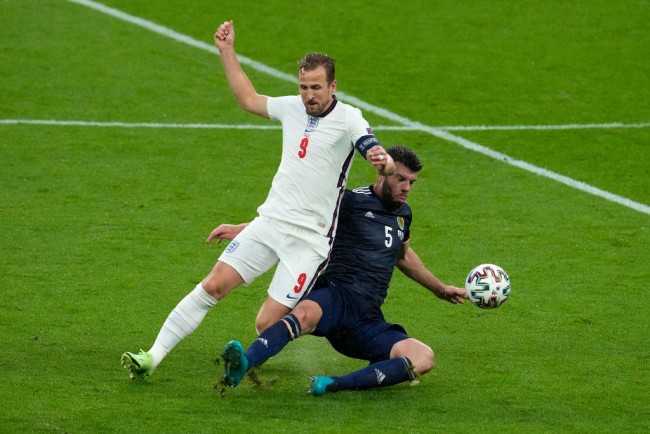 Scotland kept their slim tournament hopes alive after holding hosts England to a goalless draw on Friday. The other Group D match between Croatia and the Czech Republic also ended in a stalemate while a late Emil Forsberg penalty gave Sweden a slender one-goal win over Slovakia in Group E.

Action resumes this coming Saturday with Hungary taking on France, Spain squaring off with Poland, and Germany facing off with Portugal in a battle of European football titans.

England were left frustrated in their much-anticipated showdown with Scotland as the two rival nations played out a 0-0 draw on Friday. This was the first meeting between England and Scotland in a major tournament since the 1996 European Championships. Playing in front of a raucous crowd of around 22,500 fans, both sides had big opportunities to grab the famous victory but failed to create the match-winner.

The Three Lions, who were disappointing to say the least in this contest, should have taken a 1-0 lead in the opening minutes when defender John Stones headed Mason Mount’s corner against the woodwork.

Scotland held their ground, though, and improved as the match went on as they created goal-scoring opportunities of their own. England were grateful to Jordan Pickford’s superb save from Stephen O’Donnell’s shot drew a superb save from England goalkeeper Jordan Pickford before Lyndon Dykes’ goal-bound shot was just cleared off the line by Reece James after the break.

When the final whistle blew, it was Scotland and the Tartan Army who were celebrating as they remained alive in the tournament with the draw result. 20-year-old Billy Gilmour impressed on his first Scotland start and was undoubtedly the game’s best performer with the Chelsea midfielder showing class beyond his years, winning physical challenges all over the park.

England, on the other hand, will need to find ways to wake up from their offensive slumber. They have scored just one goal through the first two games. Harry Kane, for the second game running, was ineffective in front of the English attack with Marcus Rashford replacing him with 16 minutes left in the game against Scotland.

Gareth Southgate’s men are still in good shape in this tournament, however, heading into their final group game against the Czech Republic. A victory there will see them finish top of Group D. Scotland, on the other hand, must win their next match against Croatia at Hampden Park to finish at least third, and can still leapfrog England for second place in the group on overall goal difference.

The Czech Republic moved ever closer to a spot in the last 16 of the Euro 2020 tournament after holding Croatia to a 1-1 draw on Friday. The Czechs took the lead under controversial circumstances after referee Carlos del Cerro Grande awarded a spot-kick for a Dejan Lovren foul on striker Patrik Schick who converted the ensuing penalty. Schick became the first player to score three times in their first two European Championship appearances since Mario Mandzukic accomplished the feat in 2012.

Croatia battled back, though, and salvaged a draw after Ivan Perisic scored a stunning equalizer in the 47th minute. The Inter Milan winger is the first Croatian to score in four separate major international tournaments, grabbing goals in the 2014 World Cup, Euro 2016, the 2018 World Cup and now Euro 2020.

In the other fixture, Sweden pulled off a 1-0 win over Slovakia with Emil Forsberg scoring the solitary goal. Sweden grabbed the second-half penalty after substitute Robin Quaison was brought down by Slovakia goalkeeper Martin Dubravka inside the box.