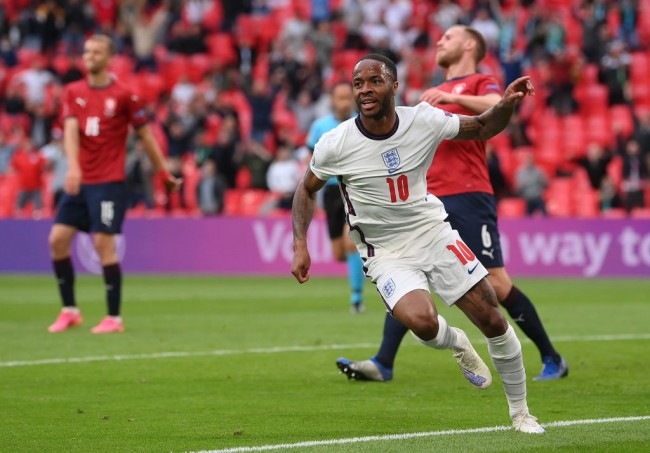 England and Croatia sealed important victories against the Czech Republic and Scotland, respectively, on Tuesday to book their spots in the round of 16 of the Euro 2020 tournament.

Raheem Sterling’s goal sent the Three Lions to the top of Group D while Luka Modric inspired Croatia to sneak in and grab second place in the group.

However, there was still good news for the Czechs as they still managed to advance to the knockout stages of the tournament. Despite their defeat to England, the Czechs qualified for the last 16 as one of the top four third-placed sides in the event.

Action resumes later today with four matches on the schedule. There is all to play for in Group E, with Spain taking on Slovakia and Sweden squaring off with Poland.

Sweden is already through to the last 16 by virtue of their previous results as they are guaranteed a qualification even if they drop to third place with a loss today. That being said, Slovakia, Spain, and Poland all have a chance of advancing if results go their way today.

In Group F, France is also already through and will feel no pressure heading into their game against Portugal today. Germany and Hungary square off in the other group match, with both teams alongside Portugal still in contention for the round of 16.

The Germans will go through if they win or draw against Hungary, and France does not lose against Portugal. On the other hand, the Portuguese will go through to the last 16 if they win against France, or if they draw and Germany lose to Hungary. The Hungarians will advance in second place if they win and Portugal loses.

England finished top of Group D after a critical 1-0 victory over the Czech Republic at Wembley Stadium. Raheem Sterling’s goal in the 12th minute from Jack Grealish’s cross proved to be the difference for England, who will next face the runner-up in Group F in the round of 16 on June 29.

Sterling has now scored two goals for England in this competition, picking up the offensive cudgels with captain Harry Kane struggling for form at the moment. Fortunately for manager Gareth Southgate, England’s defense has been superb as they have yet to concede a goal in this tournament.

England’s backline was further bolstered on Tuesday with the return of Manchester United captain Harry Maguire. In his first game, he safely completed 90 minutes against the Czech Republic since suffering ankle ligament damage in early May.

Croatia also booked their spot in the last 16 with a dramatic 3-1 win over Scotland at Hampden. Both sides needed a victory to ensure passage to the knockout rounds, and it was Nikola Vlasic who opened the scoring for Croatia with a strike in the 17th minute. Callum McGregor gave some life to Scotland, though, with a stunning equalizer in the 42nd minute.

However, Luka Modric and Ivan Perisic sealed the victory with second-half strikes to help Croatia record their first win against Scotland. The two-goal margin was also enough for Croatia to earn second place in Group D ahead of the Czech Republic on goals scored, with both of those teams advancing to the last 16.