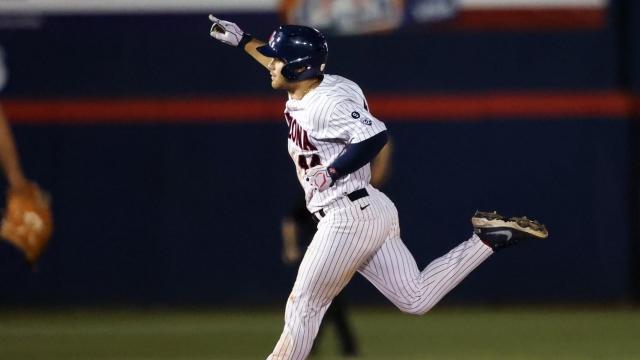 INDIANAPOLIS — The eight super-regional hosts were announced today by the NCAA Division I Baseball Committee.

The following four super regionals will be played Friday, June 11 and Saturday, June 12, with Sunday, June 13 for if necessary or weather-delayed games. The national seed is indicated before the team name, while updated records through the regionals are in parentheses.

The following four super regionals will be played Saturday, June 12 and Sunday, June 13, with Monday, June 14 for if necessary or weather-delayed games.

**record is through games played June 8

The determination of the Men’s College World Series order of first-round games both Saturday, June 19, and Sunday, June 20, will be announced Monday, June 14. The ESPN family of networks and NCAA.com will release the CWS game dates and times as soon as they are available.