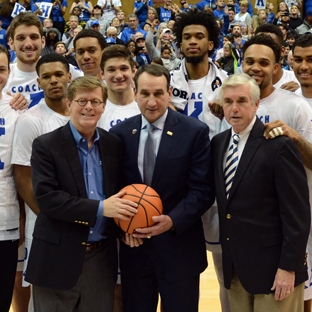 Utah Valley, which pestered No. 5 Kentucky a night earlier, gave Duke about 10 minutes’ worth of trouble before the Blue Devils pulled away on the strength of arguably the nation’s best freshman class.

Each of Duke’s first 40 points was scored by a freshman, including every single one during the 27-8 run midway through the first half that gave the Blue Devils a comfortable lead and put Krzyzewski well on his way to the latest milestone of his Hall of Fame career.