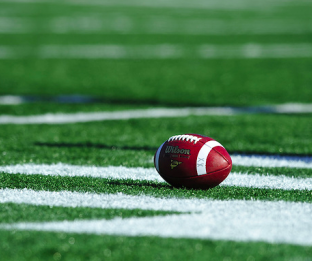 INDIANAPOLIS — NCAA Division II announced the 18 regular-season football games that will be streamed live on ESPN3 as part of an ongoing three-year agreement to highlight Division II athletics events.

The first 18 games of the football showcase are predetermined matchups. Four additional flex games — highlighting crucial matchups — will be finalized later in the football season and played in November.

“The collaboration with ESPN provides a continued opportunity to showcase Division II’s balanced student-athlete experience,” said Terri Steeb Gronau, vice president of Division II. “The student-athletes who will be featured in these games have made incredible achievements on and off the field, and we’re excited to share their abilities with a broad national audience on ESPN3.”

The scheduled games will feature 13 of the 15 football-sponsoring conferences in Division II and are selected from a pool of conference nominations. Two conferences have signed separate broadcast agreements and will not be included this season.

Ten teams in the 2017 package appeared in the Division II playoffs, and nine finished the 2016 season ranked in the top 25 of the American Football Coaches Association Division II poll. All 18 games currently scheduled are conference matchups.

“The quality of Division II football continues to rise,” said Steve Mullins, incoming chair of the Division II Football Committee and director of athletics at Arkansas Tech. “We are proud to provide our fans and communities the opportunity to watch some of the most exciting teams across the nation.”

ESPN3 is ESPN’s live multiscreen sports network, a destination that delivers thousands of exclusive sports events annually. It is accessible on computers, smartphones, tablets and connected devices through the ESPN app. The network is currently available nationwide at no additional cost to fans who receive their high-speed internet connection or video subscription from an affiliated service provider. It is also available at no cost to U.S. college students and U.S.-based military personnel via computers, smartphones and tablets connected to on-campus educational and on-base military broadband and Wi-Fi networks.

The Division II football showcase kicks off with two games on Saturday, Sept. 2 on ESPN3.