The draw for the individual championship will be done by the men’s tennis committee and will be released on May 23 by 1 p.m. ET.

The team championships began with a 43-team tournament. Automatic qualification (AQ) was granted to 35 conference champions, to form “Pool A.”  Three teams were selected from true independents and schools from conferences that do not have an automatic bid for their champions (Pool B).  The remaining five teams were selected from those teams in conferences with automatic bids that did not win their conference’s AQ and the remaining Pool B institutions (Pool C).  The teams are geographically paired, whenever possible.

The champions of the following conferences received automatic qualification:

The following schools, listed alphabetically, were selected to the championship from Pool B and Pool C candidates:

Middlebury is the defending national champion, having defeated Bowdoin, 5-3, to claim the team title. More information about the championships can be found at ncaa.com/championships. 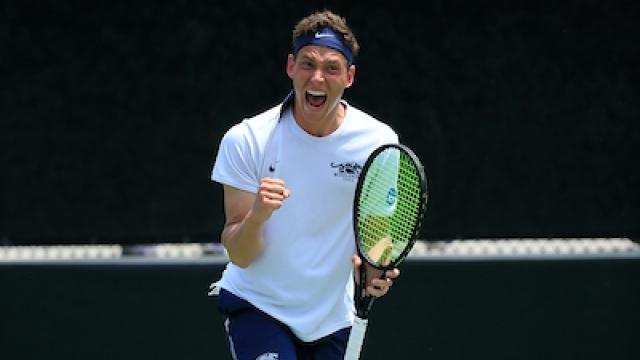 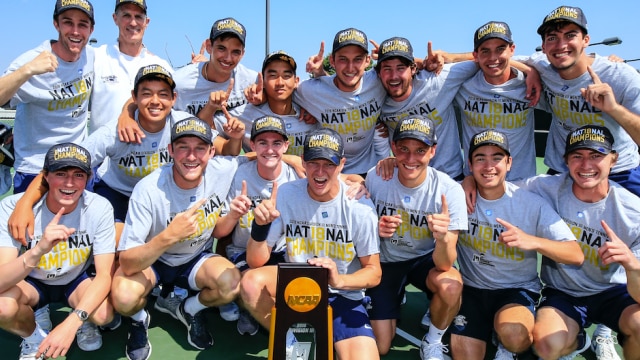 The Middlebury men’s tennis team won its third NCAA Championship (2004, 2010) with a 5-3 victory Wednesday over third-ranked and NESCAC foe Bowdoin (23-2).