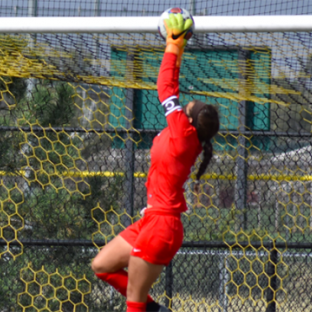 KANSAS CITY, Mo. — With the nation’s top defense and one of the top scoring offenses, Central Missouri women’s soccer (12-0-0, 5-0-0 MIAA) moved up to the No. 1 spot in this week’s United Soccer Coaches Poll released Tuesday afternoon. This is the second time in program history that the Jennies have been ranked No. 1.

The Jennies have been a force on both sides of the ball this season. Not only have they scored 48 goals, which is the most in Division II, but they have posted shutouts in all 12 of their wins this season. Their 4.00 goals a game is ranked second in Division II in scoring offense while their shutouts (12), save percentage (1.000) and goals-against average (0.00) are all ranked first. The last time the Jennies were ranked No. 1 was during the 2015 season (Sept. 22-Oct. 6).

MORE: Ana Dilkes is on another shutout run for Central Missouri

Kutztown checked in at No. 2 this week after sitting atop the poll the week before. Western Washington, Grand Valley State and Flagler all round out the top five for the second straight week. MIAA foe Missouri Western State fell out of the top 25 into the receiving votes category after going 1-1 last weekend. Northeastern State also entered the receiving votes category this week.

The Jennies are home this weekend for their final two home games of the regular season. UCM will begin the weekend with Emporia State Friday, Oct. 13 at 7 p.m. On Sunday, Oct. 15, UCM will host Washburn for senior day at 1 p.m.