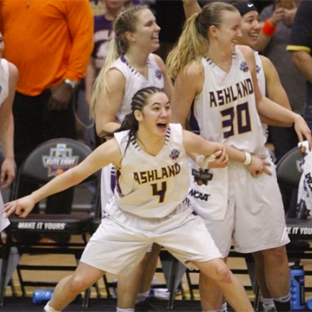 The Ashland Eagles and Virginia Union begin the new basketball season just as they finished it. They are the No. 1 and No. 2 teams in the DII women’s basketball preseason poll.

The rest of the preseason Top 25 has a few surprises. Let’s take a quick look at the poll.

While No. 1 Ashland and No. 2 Virginia Union open the poll where they finished the Top 5 has a relatively new look. Last year’s No. 3-ranked California Baptist and No. 5 Columbus State not only fell from the Top 5, but the preseason poll altogether. The new No. 3 is Harding, while No. 4 Alaska Achorage and No. 5 Colorado State-Pueblo round out the top of the poll.

The ThunderWolves are coming off a historic season as their program-best record earned them the honors of hosting their first-ever regional tournament. They return all five starters including Rocky Mountain Athletic Conference Player of the Year Molly Rohrer and RMAC Defender of the Year Katie Cunningham. It’s not surprising they jumped six spots to start the new season.

Valdosta State jumps into the Top 10 after finishing last season unranked. They lead a group of nine teams making the preseason poll after failing to make the final Top 25 from last year. The reigning Gulf South Conference champions return nearly all of its roster, including top scorer Madi Mitchell.

Also making it to the rankings are No. 15 Lander, No. 16 Azusa Pacific, No 17 Rollins, No. 20 Indiana (Pa.), No. 21 Michigan Tech, No. 22 Fort Lewis, No. 23 University of the Sciences and No. 25 Benedict. While three of those teams didn’t make the tournament, Azusa Pacific may be the biggest surprise. Ignore the Cougars record of 16-14. They won nine of their last 13 games and with most of the offense returning they should continue that run.

Despite losing its all-time leading scorer, Bentley made the biggest jump of last season’s final poll. The Falcons leapt 13 spots to No. 6. With a pair of Northeast-10 First Teamers returning, Bently could be a surprise team. Other teams that made big moves were Central Missouri, up nine spots to No. 13 and Wingate up ten spots to No. 14.