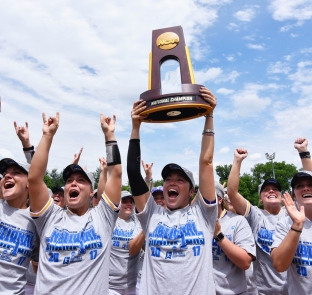 For the first time ever, Minnesota State is the Division II softball champion after sweeping Angelo State in two games.

That was largely thanks to the right arm of senior Coley Ries, who completed her senior season with an inhuman 41-3 record. In her two championship-series starts, she tossed a pair of complete games, surrendering just two runs while striking out 25 as the Mavericks won the two games by identical 5-1 tallies.

Scroll through below to for a recap of the Mavericks’ Memorial Day to remember in Salem, Virginia: