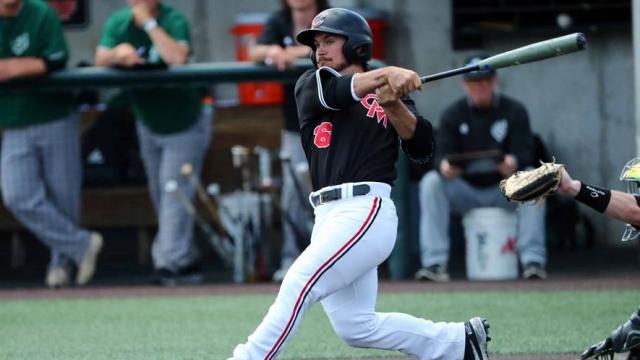 The odd 2020-21 NCAA DII sports season is coming down to the final stretch. Spring DII football named another two conference champions this past weekend. Several DII baseball conferences ended regular season play this past week and are gearing up for the tournament.

That means there are plenty of juicy DII rankings we need to delve into this week. Don’t worry, we got you covered. It’s all here in the DII Report.

Before we get to the Power 10, how about 11 teams outside the rankings you need to watch? Right now. Clubs that you’ve probably been missing out on.

Earlier this week, we broke down 11 DII baseball teams that aren’t quite ready for the top 10 yet, but are certainly heating up at the right time of the season.

11 teams to watch ahead of the DII baseball tournament

Now, did any of those teams impact our rankings? Let’s take a look. Remember, these are my rankings. I look at the competition the teams have played, the talent on the rosters and win-loss records among a slew of other factors. I still weigh talent and a team’s roster more heavily than wins and losses due to the pure length of the regular season.

DII baseball Power 10 for the week of April 25

All games and stats through Saturday, April 24

1. Colorado Mesa | Previous: No. 1 — The Mavericks have run their winning streak to 15, having scored 42 more runs in the first three games of their weekend series. Haydn McGeary and Spencer Bramwell were up to their usual work, totaling nine hits and 14 RBI. Keep in mind, the DII baseball record for runs per game was set in 2000 by Savannah State when they reeled off 12.59 per game. Colorado Mesa is averaging 14.6 through 29 games.

2. Central Missouri | Previous: 2 — Ho hum. The Mules have won 24 games in a row. They certainly had to work to win both games on Saturday against Northwest Missouri State, however. Despite falling behind 3-0 early, Mason Green — one of our pitchers to watch down the stretch — settled in and improved to 9-0 with an 11-strikeout performance. This is another lineup that opposing pitchers dread facing: the Mules are hitting .347 with 63 home runs.

3. Tampa | Previous: 3 — The Spartans are back in the groove, now winners of seven in a row. It’s odd, normally around this time of year, we’re focusing on the three or four MLB draft-bound superstars on the Tampa roster, but this has been an all-around team effort. The Spartans team ERA of 2.67 is top 5 in DII, while newcomer E.J. Cumbo continues to lead the lineup, pacing the team with a .371 average and five home runs.

4. West Texas A&M | Previous: 4 — Nothing new to report here, as the Buffs had their weekend series against Texas A&M-Kingsville canceled. But at 29-4 with a statement series win over Angelo State, West Texas A&M isn’t going anywhere. Keone Givens is quietly putting up a player-of-the-year campaign, now hitting .358 with 20 of his 43 hits going for extra bases to go along with 17 stolen bases.

5. Mount Olive | Previous: 9 — The Trojans closed their regular season not only winners of seven in a row, but the top team in Conference Carolinas with yet another title. They are awaiting the CC tournament, which begins on April 28. There is plenty to like about this team, but balance is key: Mount Olive is hitting .301 overall with a combined 3.53 ERA and 1.23 WHIP.

6. Lee | Previous: 8— The Flames start a series on Sunday against a Mississippi College team fighting for its Gulf South lives. Still, they’re back on track, winners of five in a row after a midweek thumping of Young Harris. We’ve talked plenty about ace Logan Workman, but how about a little love for the guy putting things away for Lee? Andy Rivera is tied for the DII baseball lead with eight saves while pitching to a 0.77 ERA and 0.69 WHIP on the season.

7. Angelo State | Previous: 5 — I dinged the Rams just a bit because of a midweek loss to Lubbock Christian, but at 26-6 and two impressive victories to open the weekend series, this team is plenty good. Ace Trent Baker was sharp on Saturday, dealing eight, two-hit shutout innings while striking out 13 and walking none. While we always have our eyes on Josh Elvir, how about the breakout of Aaron Walters? He’s hitting .385 with nine doubles and five home runs as a key piece in this big offense.

8. Minnesota State | Previous: (10 tied) — These Mavericks have been up and down the Power 10 rankings all season, but they are clicking. Winners of seven in a row, and a perfect 10-0 at home, Minnesota State is 24-4 on the season with the series loss to Minot State the lone blip on the radar. Joey Werner continues to crush it at the plate, now hitting .415 with 13 extra base hits while Collin Denk, Jon Ludwig, Nick Altermatt and Cam Kline are all unkind starting pitchers to opposing lineups.

9. Catawba | Previous: No. 7 — Catawba ended the season on fire, finishing with 32 wins amid a 13-game winning streak that was snapped on Saturday in a stunner from the SAC tournament. The Indians erased a 7-0 lead, but fell in extra innings. Still, this team has time to prepare and rest for a run in the tournament, where they will very likely earn an at-large bid despite the early exit from their conference tournament.

10 Illinois Springfield| First five out — We welcome the Prairie Stars to the top-10 this week despite a Saturday spilt. Overall, this team is 26-4, including 18-2 over their last 20. We’ve gushed about Zion Pettigrew all season, but keep an eye on Kal Youngquist who is now hitting .482 with a 1.443 OPS and a DII-best 18 doubles to go along with eight home runs.

The Tiffin Dragons ended their spring football slate a perfect 6-0, defeating Findlay 23-6. The victory gave the Dragons their second-consecutive G-MAC football title. Quarterback Nick Watson had yet another big day, going for 291 yards and two touchdowns while Devin Butler hauled in eight catches, 148 yards and both of those scores as Watson’s primary target.

Indianapolis handled Truman rather easily in the first-ever GLVC championship game, 49-26. Despite losing, Nolan Hair had a heck of a day under center for the Bulldogs, tossing the rock for 316 yards and four touchdowns. While his counterpart Bryce Stancombe had a nice afternoon slinging it for 292 yards and a pair of touchdowns, it was Toriano Clinton who exploded, rushing for 235 yards and three scores. He also caught one of Stancombe’s two touchdown passes to cap a monster day.