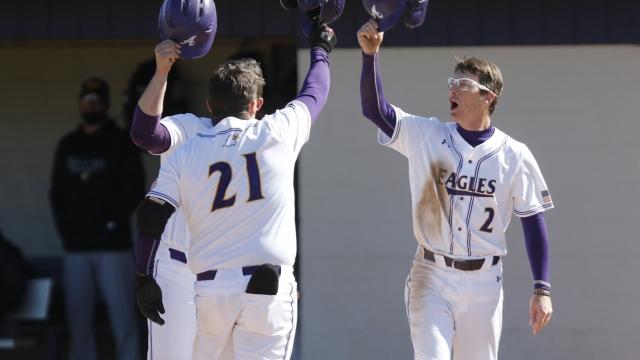 The 2020-21 NCAA DII year is coming to a close and the final DII championships are set to begin. As both the golf and tennis tournaments are set to get underway this week, DII baseball, softball and lacrosse are heating up as selection shows near.

DII NEWS: All DII, all the time

There were too many meaningful baseball games left to play this weekend, so we’re going to bump the DII baseball Power 10 to next week. There was still plenty going on, and it’s all right here in the DII Report.

Around the horn: What stood out in DII baseball

How about the offensive explosion in the GLIAC on Saturday? Early Saturday, Northwood set the GLIAC single-game record with 31 runs scored. First baseman Connor Kin had four home runs in the victory. But later that same very day, Ashland scored 32 runs in the first game of a Saturday doubleheader, breaking Northwood’s record. Mike Fleming had a five-hit, seven-RBI day with three of those hits leaving the yard.

For good measure, Wayne State (MI) won its game 23-3. The Warriors slugged five home runs in the contest and Hunter DeLanoy was a single shy of a cycle in a six-RBI performance. That leaves Wayne State, Ashland and Northwood in quite the race atop the standings with just two weeks to the conference tournament.

DII championship season is upon us

This past week, both the DII men’s and women’s golf selections were announced. Thirty-six teams and 16 individuals begin regional competition on May 3 for the women, while 64 teams and 24 individuals kick off play on May 6 for the men. DBU was the No. 1 team in the country for the women and West Florida enters tournament play as the top men’s team.

Abigail Lagos leads the way for UIndy’s top-scoring offense. Lagos has 56 goals, one of four Greyhounds with more than 30 goals, for an offense that’s averaging a DII-best 20.92 goals per game. Erin McGuire has had a monster season for Lindenwood, leading the team in goals (32) and assists (40).

Last week, NCAA.com’s Brenden Welper took a look at nine pitchers to watch down the stretch this DII softball season. Two of those pitchers faced off Saturday.

IN THE CIRCLE: 9 pitchers to watch in DII softball

Maryville’s Alyssa Callans went head-to-head with UIndy’s Kenzee Smith. Maryville actually struck first, when Callans helped her own cause with a two-run bomb. But UIndy struck back, with three home runs of its own. Both pitchers went the distance with Smith improving to 17-2 on the season.

Alabama-Huntsville, which was one of the first team’s out of Welper’s latest DII softball Power 10 rankings, hosted No. 1 Valdosta State. The Chargers ended the Blazers’ 21-game winning streak, sweeping a doubleheader on Saturday. The two face off one more time on Sunday.