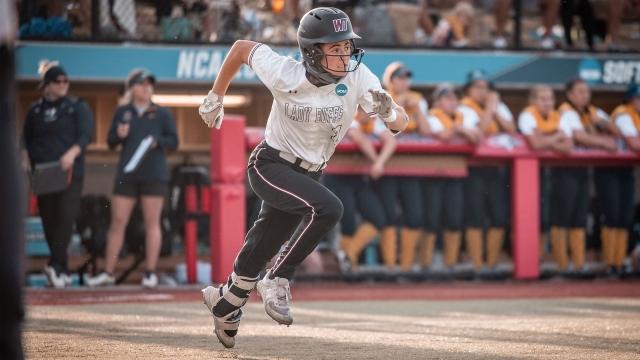 DII Report: 7 things to know about the softball championship series; how baseball regional play has gone, so far

West Texas A&M and Biola are slated to meet in the DII softball championship series, beginning Sunday, May 30 at 1:30 p.m. ET. Northwest Nazarene has advanced to the DII baseball championship finals next weekend in Cary, N.C.

Memorial Day weekend has been anything but predictable.

Let’s breakdown the championship series, as well as get you caught up in the wild DII baseball tournament. Oh, and let’s not forget, Le Moyne and Lenoir-Rhyne play for the DII men’s lacrosse title on Sunday. It’s all here in this week’s DII Report.

7 things to know about the 2021 DII softball championship series

1. Biola is the No. 5 seed and West Texas A&M is the No. 6, so it is fair to say that this isn’t the matchup many expected. Apparently, both teams took offense to their lower seedings as both the Eagles and Lady Buffs are perfect in the championship bracket. To get to the championship series, Biola took down No. 4 North Georgia, No. 1 Augustana (SD) and then No. 4 North Georgia again. That’s two of the past five DII softball champions, and two of those victories were shutouts as Biola has outscored the competition 12-2 in Denver, Colo. thus far.

2. West Texas A&M had no easy trip to the finals itself. The Lady Buffs had to defeat the No. 1, 2 and 3 seed — Augustana, St. Anselm and Grand Valley State respectively — to face Biola. They did so by outscoring their opponents 19-7.

3. Biola joined the PacWest Conference in 2018, jumping from the NAIA level, so there isn’t much history to work with here. That said, this is not only the Eagles first trip to the finals, it’s their first tournament trip ever. The Eagles finished the season 19-13, their worst record of the PacWest era, yet caught fire in the postseason, going 6-1, so far.

4. West Texas A&M is the polar opposite in tournament experience. The Lady Buffs won it all in 2014 and have had five 40-win seasons, five tournament appearances and one other trip to the final eight (back in 2016 at the DII festival) since. Though they were the No. 6 seed, to say this team isn’t championship ready is an understatement.

6. The bats: Biola had seven home runs this season and Kayla Neff had six of them. She also led the team in hitting at .343, RBIs with 29 and on-base percentage at .451. West Texas A&M’s Ruby Salzman has been one of DII’s best sluggers for the past several season and this year was no different. Salzman led the Buffs in just about every statistical category, hitting .452 with a 1.262 OPS, 17 doubles, 12 home runs, 60 RBIs while adding 29 stolen bases, second-most on the team.

7. How about a statistical breakdown for each team heading into the final three games of the 2021 DII softball season. While it seems the Lady Buffs have a superior edge over Biola at the plate, the Eagles may have the edge on the mound. Whether or not Biola can silence the West Texas A&M bats will tell the story of the next two days because the Eagles do not want to get into a slugfest with the Lady Buffs.

Around the horn: DII baseball regionals to conclude

And then there were six. Northwest Nazarene had a historic victory on Saturday, defeating Western Oregon to win the West regional and advance to Cary for the finals. The Nighthawks are the first team in GNAC history to find themselves among the last eight to play for the championship.

The South Central ended in a little Lone Star rematch. However, Angelo State’s bats were big, defeating West Texas A&M 18-4. Nick Novak, Jordan Williams and Jackson Hardy each had two hits and at least two RBIs as the Rams bullpen shut down the Buffs by tossing six scoreless, one-hit innings.

That leaves six spots up for grabs over the next two days. Here’s what we’ll be watching.

No. 1 seed Le Moyne will face off against Lenoir-Rhyne for the DII men’s lacrosse championship at 1 p.m. ET on Sunday. While the Dolphins are in familiar territory — going for their sixth national championship and first since 2016 — Lenoir-Rhyne will be looking to make program history with its first-ever trophy. For a recap of the tournament so far and preview of Sunday’s match, click or tap here.