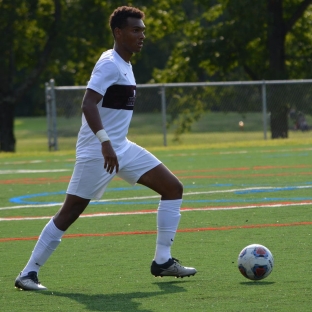 The No. 1-ranked Charleston (WV) soccer team moved to 5-0 Thursday night. It wasn’t in typical Golden Eagles fashion though.

That was until there were a mere four seconds remaining on the clock.

Freshman midfielder Keiran Bywater lauched a corner kick to the middle of the box where Williams N’Dah rose up and sent the shot into the net to clinch a 2-1 win. Sometimes even the best teams need a hero, and Thursday night that honor went to N’Dah.

Charleston looks to remain unbeaten in another Mountain East Conference matchup on Sunday at Shepherdstown, West Virginia against Shepherd.