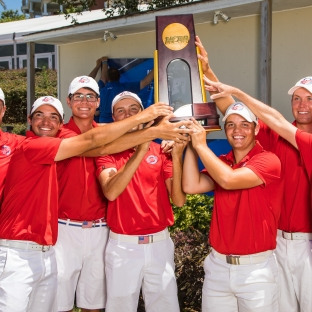 The 3-2 win marked Florida Southern’s first title since 2010, the final year before the championship switched from stroke play to match play. Christian Anderson, John VanDerLaan and John Coultas were the three individual winners in the final round for the Mocs.

Scroll through below for a full recap of the championship and the rest of the action from the 2017 championships in Kissimmee, Florida.