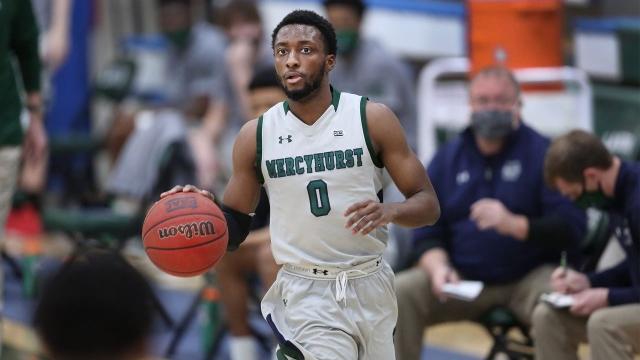 There’s a new team in the top five of this week’s NABC poll for DII men’s basketball. Most schools remained in their spot, but several dropped considerably after suffering upsets.

We’ve got takeaways and analysis from the rankings. But first, the poll itself:

There’s some shuffling among the top five for the first time this month.

The second-ranked Wolves swept Minot State in a two-game series over the weekend. Northern State is now 14-0 with just a pair of regular-season contests remaining, both at home against MSU Moorhead. That two-game tilt begins Feb. 19.

THE DII REPORT: New men’s basketball Power 10 rankings and a trip around the diamond

No. 3 Northwest Missouri State has now won 12 in a row thanks to wins over Missouri Western, Pittsburg State and Missouri Southern last week. The Bearcats visit Emporia State at 8:30 p.m. ET on Thursday, Feb. 18.

West Texas A&M moved up one spot to No. 4. The Buffaloes remain hot, and pushed their winning streak to six with victories over Western New Mexico and Oklahoma Christian. They’ll travel to Cameron for a two-game series beginning Feb. 19.

Truman State rose one spot for the third straight week, this time to No. 5. The Bulldogs have won their last 10, and haven’t lost since Dec. 31. Up next is a road game against William Jewell at noon ET on Saturday, Feb. 20.

After getting upset by Newberry, 71-66, on Saturday, Lincoln Memorial fell four spots to No. 8. It was the Railsplitters’ first loss since Jan. 9, and one that snapped a nine-game winning streak. They’ll travel to Tusculum at 8 p.m. ET on Wednesday, Feb. 17.

Mercyhurst rose one spot from No. 7 to No. 6 after continuing its winning ways over the weekend. The Lakers swept D’Youville in a two-game set and improved to 9-0 on the season. They’re idle until Saturday, Feb. 20, when Gannon comes to town.

TOURNEY TIME: How the 2021 tournaments will work | Regional sites

Findlay plummeted from No. 12 to No. 23 after being stunned by Malone, 89-83, on Saturday. The Oilers were ranked sixth just two weeks ago, but have now lost three of their last four. They’ll host Kentucky Wesleyan in their final home game of the season today at 3 p.m. ET.

The lone newcomer in this week’s poll was No. 24 Southern Indiana. Before losing a 75-72 heartbreaker to then-No. 6 Truman State last night, the Screaming Eagles had won seven in a row.

However, they’ll have to wait to start another winning streak. The program announced Tuesday that its next three games have been postponed due to COVID-19. Southern Indiana’s next scheduled contest is Thursday, Feb. 25, against Lindenwood.