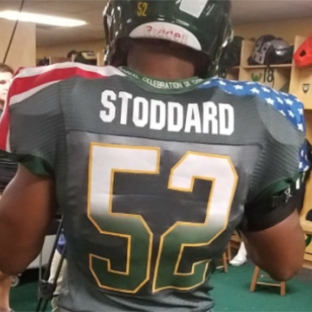 One hundred years is a long time. It’s certainly cause for a celebration.

It concludes on the gridiron, in Wayne State’s GLIAC opener against Saginaw Valley State.

A parade of former athletes at halftime will add to a weekend full of Wayne State memorable moments. During the game the football team will add to those memories, donning these special uniforms.

Along with their alumni, the Warriors will honor the military in Saturday’s GLIAC opener. The uniforms sport an American flag on the shoulders, and names of Medal of Honor recipients on them as well. Coming off a heartbreaking loss to Indianapolis as the Greyhounds kicked the game-winner as time expired, Wayne State hopes to put that behind them, and put on a show for those in attendance they are honoring.