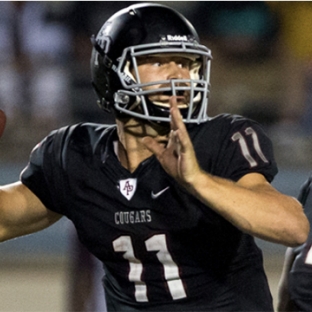 It is a big Saturday in Division II football. A handful of ranked teams will go head-to-head in their first big tests of the season, while several conferences open play with some good old fashioned rivalries.

Let’s take a look at five of the bigger matchups in DII football this weekend.

There are three teams in the Lone Star Conference that began the season 2-0 and the Lions and Greyhounds are two of them. It’s quite the tale of two different teams, however.

Texas A&M-Commerce is led by quarterback Luis Perez. North Alabama found a way to keep Perez in check in Week 1, but the Lions still rose victorious. Last week, Perez responded with a four-touchdown performance. It certianly helps when his defense has held its opponents to 13 points this season.

MORE: A&M-Commerce’s Luis Perez is the DII quarterback that bowls 300 with ease

While the Lions can strike through the air, Eastern New Mexico has a three-headed monster in the rushing attack. Quarterback Wyatt Strand and running backs Kamal Cass and Tayshaun Gary all have over 100 yards rushing on the season, with Cass eclipsing the 200-yard mark last week. The Greyhounds already have one upset in the books this season defeating preseason-No. 18 Southwest Baptist in Week 1. If the ground game can keep the ball out of A&M-Commerce’s offense’s hands, they may get No. 2.

Northern Sun football is some of the best in DII, with three teams in the Top 25 and two more receiving votes. Saturday night’s action is a battle of the North and South Division, with the two favorites pitted against each other.

The Mavericks are off to a quick 2-0 start, outscoring their opponents 91-26, pairing the NSIC’s best offense with the second-best defense. When running back Nate Gunn and the Mavericks aren’t scoring touchdowns, Casey Bednarski launches highlight-reel field goals like the 63-yarder that made last week’s Top 10 plays.

The Bulldogs face their second Top 10 opponent in three weeks. UMD dropped its home opener to No. 7 Sioux Falls, and look for redemption on Saturday night. A win against Minnesota State would bolt the Bulldogs back up the poll.

Neither UNA nor VSU got off to the start many anticipated this season. Last season’s national runners-up, UNA couldn’t get anything going against A&M-Commerce in Week 1 while VSU was upset by in-state rival and upstart Albany State, now the No. 16 team in DII football with two early season wins against ranked opponents.

Both teams were idle in Week 2 (Valdosta State’s game was cancelled due to Hurricane Irma), so both are itching to get back on the field and open up Gulf South Conference play in what is one of two big conference matchups. With GSC-rivals West Georgia and Delta State both undefeated and in the DII rankings, the loser of this matchup will have a very large mountain to climb if they intend on making the postseason.

No. 23 Central Washington  at No. 22 Azusa Pacific

Last season, quarterback Andrew Elffers led the Great Northwest Athletic Conference’s most dangerous offense en route to Offensive Player of the Year honors. With nine returning starters, big things were expected from the Cougars, earning them the highest preseason ranking in school history at No. 13.

APU stumbled last week against Humboldt State dropping them in the rankings. Elffers actually put up better numbers in the loss than he did Week 1, throwing for 311 yards and two touchdowns while rushing for 79 yards with another touchdown, accounting for all the scores. This is a must-win for APU to stay on top with four more matchups against opponents either currenlty ranked or receiving votes.

Central Washington is 2-0 for the first time since its 2009 run in the playoffs. They have a balanced offense with three capable runners in the backfield, one of which is quarterback Reilly Hennessey who has 424 yards passing, 108 yards rushing and three touchdowns already this season. While the GNAC has been APU Country of late, Central Washington can make a statement with a big victory on Saturday.

There are two 2-0 teams in the GSC and they face off in Cleveland, Mississippi on Saturday.

West Georgia was projected to finish third in the stacked conference. Now under the guidance of new head coach David Dean, he has already instilled his championship pedigree earned while at Valdosta State. Quarterback Willie Candler has played smart football thus far throwing for nearly 400 yards and five touchdowns without an interception. Paired with the best defense in the GSC, the Wolves look like a tough opponent week in and week out.

When referring to Delta State’s Mascot, fear the Fighting Okra and call them Statesmen: https://t.co/d1DPTYVnfA pic.twitter.com/n21bxaOPYu

The Statesmen are a different story. Delta State hasn’t made the playoffs since 2014, and coming off a 4-6 season, they were projected to finish sixth in the GSC. Instead, they sit at 2-0, outscoring their opponents 76-29. Running back Chris Robinson is proving to be a workhorse in the offense, leading the GSC in rushing with 210 yards and three touchdowns. Saturday can be a real statement victory as they prepare for the heart of the GSC schedule.

WHO ELSE TO WATCH:

No. 11 Colorado Mesa faces Colorado School of Mines in the Battle for the Nyikos Cup: The Orediggers began the season ranked No. 16, actually higher than their Rocky Mountain Athletic Conference counterpart. They dropped out after taking a 38-7 beating from Colorado-State Pueblo and responded with a 70-0 victory over New Mexico Highlands. This is the first big test for the 2-0 Mavericks, as Mines is looking to jump back into the Top 25 after receiving 11 votes this week.

Oklahoma Baptist at No. 19 Arkansas Tech: The Wonder Boys were projected to finish sixth in the Great American Conference, but have instead been one of the more exciting stories of DII football. Faced with two ranked opponents to start the season, including GAC favorite Southern Arkansas, Arkansas Tech sits at 2-0 and No. 19 in DII. If they can get to 3-0 in the GAC, we may be talking about a Cinderella contender.

No. 1 Northwest Missouri State at Nebraska-Kearney: This one is pretty simple. The Bearcats have won 32 straight games and are closing in on the DII record. Whether they play a ranked opponent or not, they are must see TV until further notice.