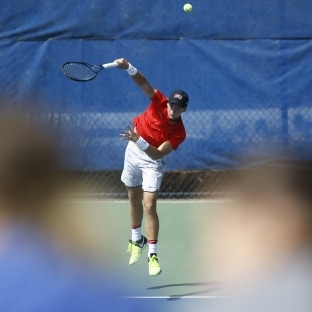 
The 2018 NCAA Division I Men’s Tennis Championships selection show will stream on NCAA.com on Tuesday, May 1 at 5:30 p.m. ET.

During the show, the 64 teams competing in the team bracket will be announced. You will be able to find the video for the show on this page.

Virginia has won each of the last three national titles, and three of the last four. USC has won five titles since 2009.

Wake Forest is currently ranked No. 1 in the nation according to the latest ITA Top 25 poll. UCLA, Ohio State, Stanford, and Texas A&M round out the current top five.

The first and second rounds of the tournament will be held at individual schools.

Wake Forest University will host the tournament from the Round of 16 through the national championship at the Wake Forest Tennis Complex in Winston-Salem, North Carolina.