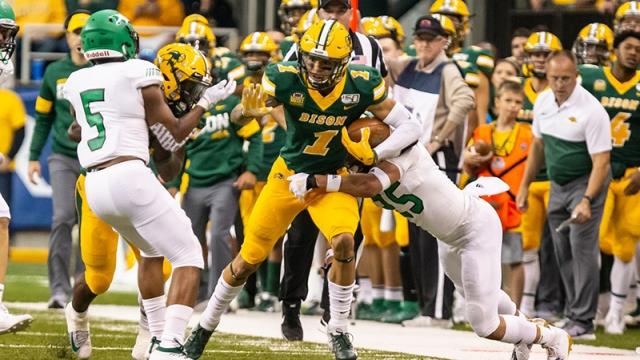 
The Division I Council adopted a playing and practice season model for schools that plan to participate in football in the spring. Members also approved a framework for the Division I Football Championship.

The FCS championship will be conducted from April 18 through May 15, with 16 instead of 24 teams. Fall competitions will be considered when determining the field for the spring championship. The championship framework must be approved by the Division I Board of Directors, which meets next week.

The playing and practice season model for 2020-21 provides flexibility for practice time periods and permits up to eight regular-season games to occur during a period of not more than 13 weeks in the spring, with the last regular-season game occurring not later than April 17.

The model ensures that legislative requirements mandating specific days/time off (for example, discretionary weeks) for student-athletes during a traditional season will apply in a comparable manner to a spring season. The intent of the model is to allow maximum flexibility for conferences and schools, with an overarching goal of returning to the normal calendar for the 2021-22 academic year.

Beginning Sept. 21, teams may conduct on-field practice. From Sept. 21 through Dec. 31, during the fall equivalent of spring practice (“fall ball”), schools are limited to 12 hours per week, a maximum of four hours per day, of countable athletics activity. Two days off are required per week. Schools may start their preseason or regular season during this period, in which case the rules for preseason or regular season activity apply.

In 2020-21, schools can have “fall ball” or “spring practice” but not both. Schools conducting fall ball can’t have preseason practice (including any of the activities that are permitted in the two weeks before preseason practice) or competition before Jan. 1. Schools conducting fall ball during fall 2020 must follow the spring practice model (for example, 15 on-field practices within 34 consecutive days).

Before engaging in practice in the fall, schools must declare their first contest date. If practice must be paused due to the impact of COVID-19 on the team, missed days may be used later in the window. Fall ball and the preseason practice period (including the two 20-hour weeks preceding preseason practice) must be separated by at least 30 days of noncontact activities, which must include two weeks of discretionary student-athlete time. One of the two required weeks of discretionary time must be the week before the return to countable athletically related activity.

Existing maximum contest limits and normal practice limitations apply. Conference championship games can be added, and the potential for bowl games in the spring also remains. Conferences can start and end their seasons at their discretion, within the limits adopted by the Council. Additionally, schools applying the autonomy legislation must provide a week off at the end of the regular season and/or postseason.

The playing and practice season model was adopted by both the Football Bowl Subdivision and Football Championship Subdivision members of the Division I Council. Both subdivisions also adopted a proposal that prohibits midyear enrollees from competing in the 2020-21 academic year.