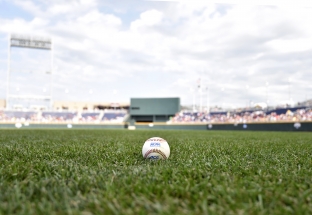 The Division I Competition Oversight Committee has approved increasing the number of seeded teams from eight to 16 in the Division I Baseball Championship, beginning with the 2018 season.

The committee, which met last week in Indianapolis, believes the change will allow baseball to have the same bracketing principles as other sports that have 64 or more teams in their bracket.

Baseball was the only NCAA Division I championship with 64 or more teams in its field that did not seed at least 25 percent of its bracket.

Previously, the Division I Baseball Committee did not seed teams 9 through 16.  As a result, the committee could potentially pair the ninth-best team against the No. 1 seed in the super regional round.

With competitive balance and equity as its main goal, the baseball committee felt that the No. 1 seed should be paired against the No. 16 seed in the super regionals. This would be applicable for the remainder of the possible matchups (No. 2 seed vs. No. 15 seed, etc.).