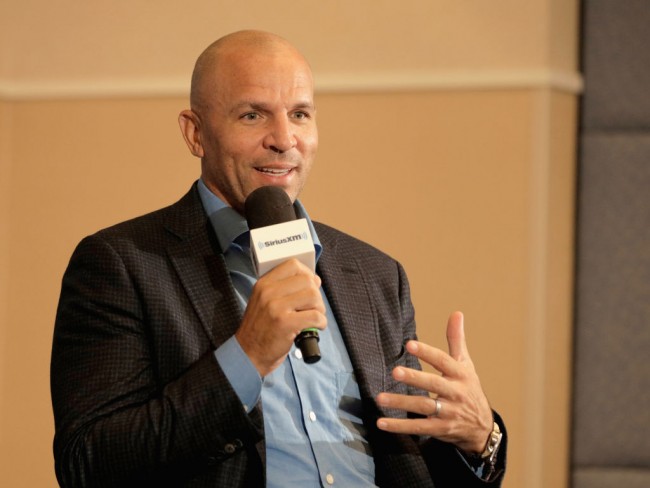 Another coaching vacancy has been filled in the NBA with the Dallas Mavericks reaching an agreement with Jason Kidd to be their new head coach, according to ESPN’s Tim MacMahon. The 48-year-old has a career regular-season record of 183-190 as a head coach, with his teams going 9-15 in three playoff stints.

Kidd previously coached the Brooklyn Nets in the 2013-14 season and the Milwaukee Bucks from 2014 to 2018 before spending the past two seasons as an assistant with the Los Angeles Lakers, winning the title back in 2020.

Kidd’s previous association with the Mavs made him the top option from the Dallas brain trust for the head coaching job. He was drafted by the Mavericks with the second overall pick back in 1994 behind Glenn Robinson who was selected first. Kidd, however, was traded to the Phoenix Suns in 1996 but eventually returned to the Mavs in 2008 after stops in Phoenix and New Jersey.

Kidd’s second stint with the Mavs was much successful, playing five seasons and winning a championship with Dallas in the 2010-11 campaign. During this time, he was able to forge strong relationships with owner Mark Cuban and several top executives. Those bonds were tested though in the 2012 offseason when Kidd decided not to sign with Dallas and opted instead to join the New York Knicks.

It appears Kidd’s relationships with the Mavs front office has been repaired with the news that he has been appointed as Dallas’ new head coach. He replaces Rick Carlisle, who surprisingly resigned after a 13-season tenure as Mavericks coach before moving back to Indiana to take the Pacers job just this past Thursday.

Carlisle voiced his support for Kidd in a statement to ESPN, saying “My hope is that Jason Kidd will be the next coach of the Mavs because he and Luka have so many things in common as players. I just think that it would be a great situation for Luka, and I think it would be an amazing situation for Jason.”

Kidd-Doncic partnership one to watch next season

The Luka that Carlisle is referring to is of course superstar Luka Doncic who has become the cornerstone of this Mavs franchise. He led Dallas to another playoff appearance this season, but fell short in seven games to the Los Angeles Clippers in the first round. Doncic was simply sensational in that playoff series, averaging 35.7 points, 7.9 rebounds and 10.3 assists in just the second postseason series of his career.

It’s now up to Kidd to unlock more of Doncic’s potential. Helping Kidd in this cause is new general manager Nico Harrison, a long-time Nike executive who replaces long-time GM Donnie Nelson. Harrison has a strong relationship with Doncic, playing a vital role in helping the Mavs star shift his endorsement deal from Nike to the Nike-owned Jordan Brand in the fall of 2019.

According to reports, Kidd has already started assembling his coaching staff with long-time Dallas player J.J. Barea on the top of his list to be one of his deputies.