Colleges with the most players on 2020 MLB Opening Day rosters

After a three-month delay, the boys of summer return to the baseball diamond July 23 for the 2020 MLB season.

Every club is allowed up to 60 players under the adjusted roster rules that followed the cancellation of Minor League Baseball in 2020. With a maximum of 1,800 spots available, 806 are currently occupied by athletes who played college baseball.

MORE: Colleges with the most first-round MLB draft picks

The 806 players represent 237 schools across Division I, II and III. In 2020, no school has more players in the MLB than Florida.

Virginia is next with 17 players around the league. Notably, closer Sean Doolittle won a World Series with the Washington Nationals in 2019. Four other programs — Cal State Fullerton, LSU, Vanderbilt and North Carolina — have 15 or more players on MLB rosters.

Of those six teams, only one plays outside of the ACC and SEC. Those are the only two conferences with more than 100 players at the professional level. They combine to make up over 31 percent of the college baseball players in Major League Baseball.

(Note: This list highlights players on 60-man player pools, according to MLB team websites, as of July 21.)

Here’s the full ranking of every NCAA school with players on a MLB 60-man Opening Day player pool: 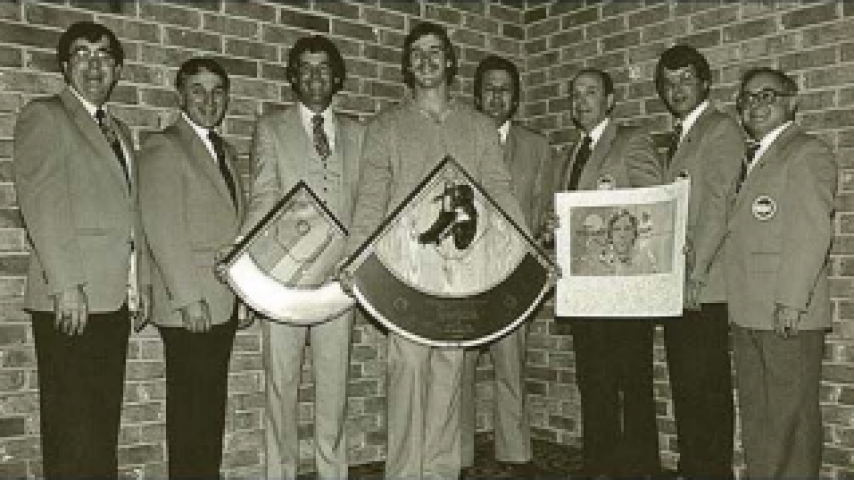 We took a look at Cal State Fullerton’s historic college baseball program and came up with their all-time starting nine.

Here are all the former college baseball players who are participating in the 2019 MLB World Series between the Houston Astros and Washington Nationals.