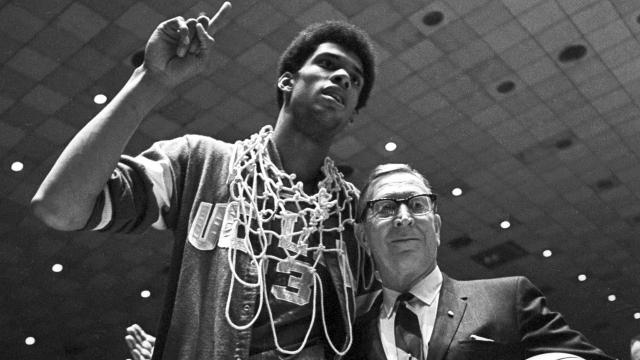 Colleges with most players in the Naismith Basketball Hall of Fame

Kobe Bryant, Tim Duncan, Kevin Garnett and Tamika Catchings are part of the group that will be inducted into the Naismith Memorial Basketball Hall of Fame on May 13-15, 2021.

The induction of this class was delayed from August 2020 because of the COVID-19 pandemic.

The next group of basketball greats who join the hall will push the total number of players in the Hall of Fame to 204. The majority of those attended and played for NCAA schools during their time in college. Below we break down how many schools are represented by players in the Naismith Basketball Hall of Fame.

UCLA tops the list with seven hall-of-famers. That includes Bill Walton, Kareem Abdul-Jabbar, Gail Goodrich and the first women to ever try out for an NBA team, Ann Meyers. Kansas is next with six hall-of-famers. The Jayhawks are represented by players like Wilt Chamberlain, Clyde Lovelle and Lynette Woodard.

North Carolina, Ohio State and Southern California all follow the Bruins and Jayhawks with five former players now in the Hall of Fame. Some of those players include Michael Jordan, Cheryl Miller, John Havlicek and Bob McAdoo.

JUMP HOOK: Everything you need to know about Kareem Abdul-Jabaar’s college days

Below you can see every school that has produced at least three hall-of-fame players:

The first two women’s basketball players inducted into the Naismith Basketball Hall of Fame were Nera White and Delta State’s Lusia Harris-Stewart in 1992. Since then, 20 more women have been inducted. Some of the more notable names include Lisa Leslie, Cheryl Miller and Sheryl Swoopes.

Southern California leads all schools in the number of women’s basketball players produced who have now made the hall. The Trojans are represented by four hall-of-famers — Tina Thompson, Lisa Leslie, Cynthia Cooper-Dyke and Cheryl Miller. Georgia, Old Dominion and UCLA follow USC with two players each.

Below is a break down of every school that has produced women’s players who are now in the hall:

Kansas, UCLA and North Carolina are tied with the men’s most players in the hall. The Jayhawks, Bruins and Tar Heels all have five each.

CAN’T MISS: Find out which March Madness Moment was voted the greatest of all time

Below are all the men’s programs with at least three players in the hall of fame:

Here is the complete list of every school represented in Naismith Basketball Hall of Fame:

Players who did not play for the school they attended, were expelled from their school or did not play in college are not recorded in any of the charts below. If a player competed for more than one school, only the school where they finished their college career is recorded.