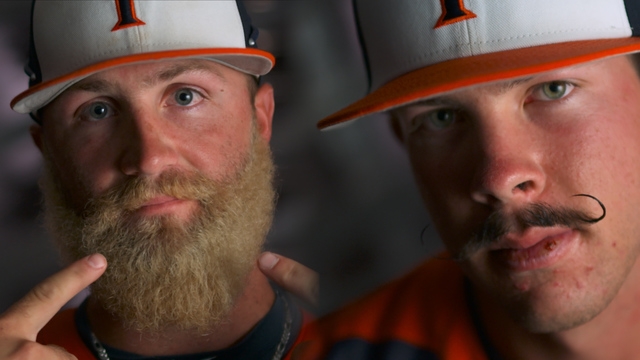 College World Series: 10 of the best stories and moments from the 2017 NCAA tournament

The Florida Gators earned the program’s first-ever national title when they defeated LSU in the College World Series Finals, capping off another exciting college baseball season.

On Monday, June 26, Florida took Game 1 in a 4-3 victory over the Tigers thanks to a strong pitching performance from Brady Singer. The next day, the Gators were able to secure the championship with a 6-1 Game 2 win.

But before the Gators held up the trophy, there was plenty of action involving all eight teams that made the trip to Omaha.

Below, we recall some of the best moments and stories from the 2017 College World Series.

RELATED: Gators clamp down with pitching, defense to win title

Despite an early exit for the Titans, they certainly left their mark on Omaha. If you caught any of the College World Series, you couldn’t help but notice the looks this team was sporting. The intent of rocking the interesting looks was to help unite the team, according to team members. The consensus pick for best facial hair on the team went to sophomore Brett Conine, who — fittingly, as a closer — boasted a handlebar mustache that Rollie Fingers would be proud of. Read more about it here.

Rutschman’s athleticism didn’t go unnoticed in the College World Series. The catcher, who also is the placekicker on Oregon State’s football team, made not one, but two diving catches on a bunt in Omaha. Check the impressive plays out here.

3. More than just a statue

The iconic Road to Omaha statue is hard to miss. The bronze, 1,500-pound piece of art often serves as a photo opporunity for fans and teams, but the statue also represents more. The statue has become an iconic symbol in Omaha. NCAA.com caught up with the sculptor of the statue to chat about the process of its creation as well as the lasting impacting it has had on the community and the College World Seires. Read more here.

Catching a foul ball at a baseball game is a pretty exciting moment. Now if you catch two foul balls at the same game? Well, then maybe go buy a lottery ticket. That’s just what happened to Blake Dieckmann of Fremont, Nebraska, back on June 23. The 19-year-old caught two foul balls during a TCU-Louisville game. While Dieckmann found some luck, the uncle of Cal State Fullerton’s Timmy Richards found himself bartering for a CWS souvenir. When Richards crushed a three-run homer against Oregon State on June 17, Brett, Timmy’s uncle, knew he had to get that ball as a memento for his nephew, who was a senior and would end his career in Omaha. After a discussion with the kid who caught the home run, he eventually got his hands on the ball. Read more about it here.

Frantic research being done to see if that’s a record!! pic.twitter.com/gW9Xl93yOM

Oregon State was off to a hot start in the College World Series. The Beavers won their first two games in Omaha, which resulted in them having three off days in Omaha before semifinal action. Between practices and workouts, the team found time to explore Omaha while also staying focused on the competition. Read more here.

We visited the zoo today and decided to follow around Jake Mulholland and his teammates.

We call it “On Safari with Jake Mulholland.” #CWS pic.twitter.com/hSZsEdTHDr

Florida pitcher Alex Faedo won the Most Outstanding Player Award in this year’s College World Series. In two starts, he pitched 14.1 shutout innings with 22 strikeouts. Faedo was slated to start in Game 3 if necessary. Check out the CWS All-Tournament team here. NCAA.com also caught up with previous MOP award winners. The exclusive group of now 69 guys includes Hall of Famers, doctors and engineers. Check what out many are up to.

LSU’s Zack Hess made a statement in Omaha with his high 90s fastball and notable haircut. Hess, who his teammates call “Psycho” and his coach calls a “cool customer,” rocked a similar haircut to Rick Vaughn in 1989 baseball film “Major League.” The character, played by Charlie Sheen, wears an iconic pair of eyeglasses that feature a skull and bones. Hess received a pair of similar glasses while in Omaha. We should also note, LSU’s Chris Reid might have a future in workout vidoes.

Every team has the same goal heading to Omaha — win the national title. However, seven of them leave disappointed. Many coaches and student-athletes spoke about just how special it is to play in the College World Series. There are ups and downs, but many spoke about the what the experience meant to them.

Thanks to everyone who came out to welcome the boys home. #GoNoles pic.twitter.com/o36O73uS3t

Missing out on a chance to win the national championship is a tough moment. But LSU coach Paul Mainieri made sure people knew how proud he was of his team. His press conference after the team’s Game 2 loss was one to remember. He talked about how the loss was bittersweet, but how the team’s journey helped the city of Baton Rouge, which has faced crisis in the past year. Check out his words in the video below: