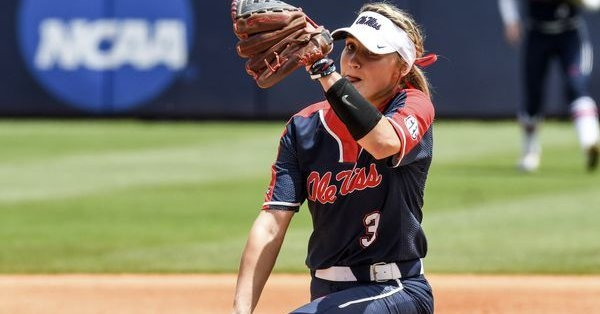 Game 1 of the UCLA Super Regional is tonight at 8 PM CT on @espn!#HottyToddy #RoadToWCWS pic.twitter.com/4bDohM5VgP

That same weekend Ole Miss was completing a magical run to the SEC tournament championship on the Tennessee campus in Knoxville near the South’s beloved mountain range.

The SEC is widely considered the nation’s premier softball conference. All 13 teams received an NCAA tournament bid this season.

Playing in a super regional is new ground for Ole Miss, but so was hosting a regional.

“There’s not a bigger stage in the country than the SEC tournament championship. That was probably bigger than the regional championship,” Ole Miss coach Mike Smith said. “That’s the biggest stage before the College World Series, and our girls handled that great.”

The Rebels handled the big bats of the Sun Devils to advance in the regional winner’s bracket. Arizona State was then No. 4 in the nation in home runs per game and had hit four the previous day against North Carolina.

“UCLA has very disciplined hitters. They’ve been to the college world series several times. They know what it takes to get there. They’re a veteran club,” Smith said.

The Bruins are averaging 5.62 runs a game, which creates a matchup between an irresistible force and an immovable object.

The key to Lee’s success has been command and staying ahead of hitters, Smith said.

“This is new territory for us. Sometimes players get taken out of their element and begin to question themselves. We need to be the aggressor in the circle, and we have to make big plays.”

This article is written by Parrish Alford from Northeast Mississippi Daily Journal, Tupelo and was legally licensed via the Tribune Content Agency through the NewsCred publisher network. Please direct all licensing questions to legal@newscred.com.