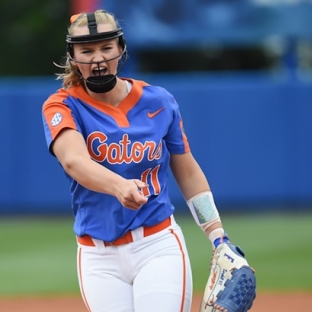 The Marietta, Ga., native became the first player in program history to receive an ESPY award.

This past season Barnhill helped lead the Gators back to the Women’s College World Series with national leading marks in earned run average (0.51) and strikeouts per seven innings (13.0).

Those two staggering statistics also went down as the best in a single season by a Florida pitcher but she also set records in lowest opponent batting average (.121), most combined shutouts (10), most strikeouts looking (100) and lowest stolen base percentage (.333).