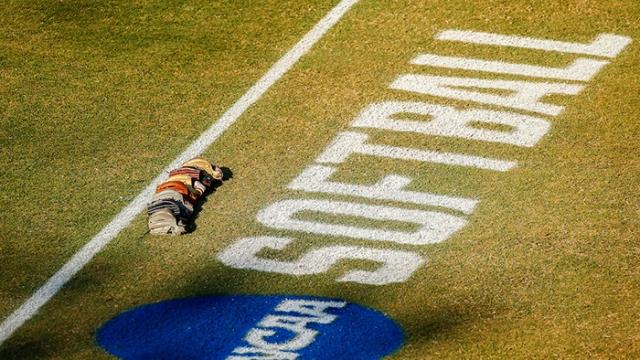 
The NCAA Softball Rules Committee recommended that any player who is removed for a concussion evaluation be allowed to return to the game if cleared by medical personnel. This proposal would be effective for the 2020-21 academic year.

Committee members, who met by videoconference last month, supported the proposal, which came from the Committee on Competitive Safeguards and Medical Aspects of Sports.

All rules proposals must be approved the NCAA Playing Rules Oversight Panel, which is scheduled to discuss softball rules changes July 22.

Under the proposal, the player undergoing concussion evaluation, whether a starter or a substitute, could be replaced by any eligible player who has not participated in the game.

If the injured player is cleared to resume participation, she may reenter in her original lineup position. The temporary replacement player may again participate in the game, but only in the same lineup spot, provided she is not otherwise ineligible (withdrawn substitute or a reentered starter). Should a team have no remaining eligible players, a starter or substitute who has previously participated in the game may replace the player removed for a concussion evaluation.

The committee supported allowing conferences to continue to experiment with video review in regular-season conference games and conference tournament games.

Coaches will be allowed two video review challenges during a game. A challenge must be initiated verbally or visually before the next pitch; before the pitcher and all infielders have clearly vacated their normal positions in the field and left fair territory; or before the umpires have left the field of play. Umpires would be allowed to initiate a video review from the sixth inning until the end of the game.

The following plays could be reviewed:

The committee also added the following scenarios to the list of plays that can be reviewed.

Additionally, coaches will have “about 30 seconds” to decide to lodge a challenge.

Any ball higher than the top of the foul pole when it leaves the park would not be reviewable. Committee members don’t believe there will be enough video evidence to overturn the original call.