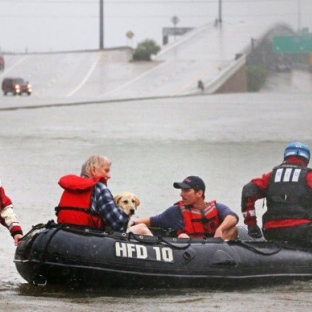 Kelsey Patterson was talking to her husband, TCU coach Gary Patterson, about how to help in the aftermath of Hurricane Harvey. She then sent an e-mail to a few other wives of football coaches she knew, and they reached out to a few more.

Now Kelsey Patterson is among 20 wives of Division I coaches — and the group is growing — taking part in Giving Beyond the Game (www.givingbeyondthegame.org) in an effort to raise funds to help people recover from hurricanes in Texas, Florida and Puerto Rico.

Introducing Giving Beyond The Game! Visit us on Twitter, Facebook & at https://t.co/1Fld27RvSP to see how you can HELP! pic.twitter.com/NQeUXe4BDS

There are coaches’ wives from each of the Power Five conferences, as well as other schools throughout the country.

The fundraising effort will continue through the season, until Dec. 9, and will include an auction in November of some team helmets signed by the respective coaches.

Rice’s football team worked out at the TCU campus in Fort Worth, Texas, going there instead of home after playing its season opener in Australia the same weekend Hurricane Harvey was impacting the Texas Coast.

CFB wives are partnering to help our neighbors in TX, FL & PR! Join us in #GivingBeyondTheGame! DONATE TODAY. https://t.co/i30G20f93e pic.twitter.com/lEQDfCthWc

While the Owls were in Fort Worth for several days, Patterson put together tolietry bags for players and staff.