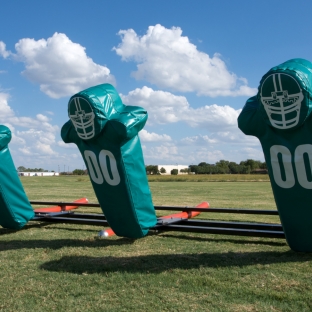 College football: What to know about the elimination of two-a-day practices?

This spring, all three divisions adopted legislation that ended the long-standing tradition of two-a-day contact practices in the college football preseason. The decision followed the January release of year-round football practice contact recommendations endorsed by 16 medical groups and five football organizations. The shift has raised questions about the rationale, timing and what activities are still permitted. Common queries and answers follow.

What constitutes an on-field practice?

How long can an on-field practice last?

No longer than three continuous hours. It may, though, consist of separate on-field sessions. This could include a separate session for a specific position group, so long as it occurs within a three-hour window.

Can a second session still be held the same day as a practice?

Yes, a walk-through and/or weight training session can take place before or after the on-field practice. Three hours of recovery are required between sessions. Teams can use the intervening time for activities like medical treatment and team meals.

What can take place during the walk-through session, and what is prohibited?

Due to a 2017 waiver, footballs may be used, but their presence cannot change the speed of the walk-through. The use of protective equipment, including helmet and shoulder pads, is not permitted. Sprinting, conditioning and competitive speed drills also are not allowed.

Why did all three divisions adopt legislation outside the normal cycle?

The recommendations were released in January, and given the health and safety implications, governing bodies from each division acted ahead of the 2017 football season.

Who recommended these changes?

Representatives from leading scientific, medical and coaching organizations, along with conference commissioners, athletics directors, athletic trainers, team physicians and student-athletes from all divisions, attended the second Safety in College Football Summit in February 2016, which laid the groundwork for the new recommendations.

What studies were used to inform the recommendations?

What does that data show?

The risk of repetitive head impact and concussion is greater in the preseason and in practices that allow tackling compared with practices that allow contact without tackling. Head-to-head contact carries a greater risk of concussion in football than head-to-ground. The recommendations are designed to help coaches manage practices to limit player-to-player contact and reduce risks associated with head impact exposure.