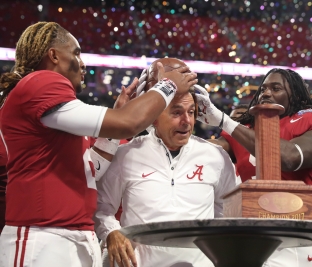 Welcome to Week 2 of the 2017 college football season.

Week 1 provided plenty of highlights and craziness, including a handful of improbable upsets, special team fireworks and standout individual performances. The opening week ended with the highest-ranked season opener in college football history with No. 1 Alabama beating No. 3 Florida State 24-7 in the Chick-Fil-A Kickoff in Atlanta.

The fun continues in Week 2, starting with two nationally-televised games on Friday night. A full slate of games will then be played on Saturday.

Scroll below for a full list of times and information on where to catch each game on TV:

MORE: Lamar Jackson’s run at a Heisman repeat is on

MORE: Behind the numbers of Mizzou’s record-breaking Week 1 performance

MORE: UAB wins in return to football after two-year hiatus